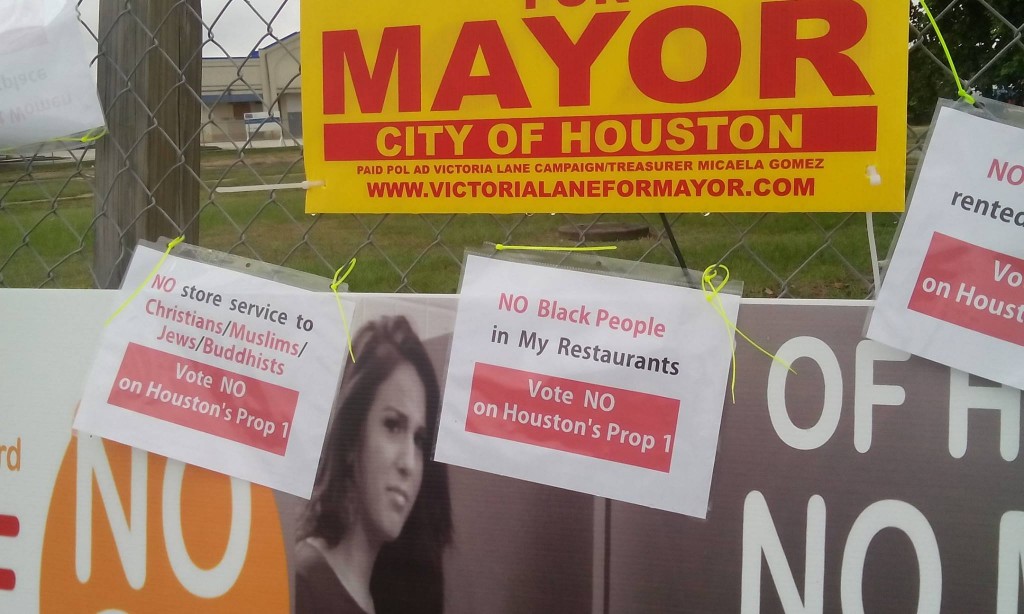 A poster campaign launched in response to the “No Men In Women’s Bathrooms” slogan that defeated the Houston Equal Rights Ordinance has gone viral.

A Houston artist named Koomah has been affixing placards to “No Men In Women’s Restroom” campaign signs saying things like, “No black people in my restaurants,” “No apartments rented to Veterans“ and “No sales to disabled people.”

“I expect the repeal will impact tourism, bids for sporting events, and big businesses decisions to expand to Houston,” Koomah said by email, noting that the fear-mongering tactics used by opponents of HERO were similar to ones used decades ago to stop other types of anti-discrimination measures.

The campaign started long before Election Day with Koomah and others placing the posters (see above) over and around anti-HERO “No Men in Women’s Restrooms” signs in the city. The poster project riffed on that motto.

Even though roughly half of discrimination complaints filed while HERO was in effect were based on race, the ordinance was defeated largely due to opposition from black voters. 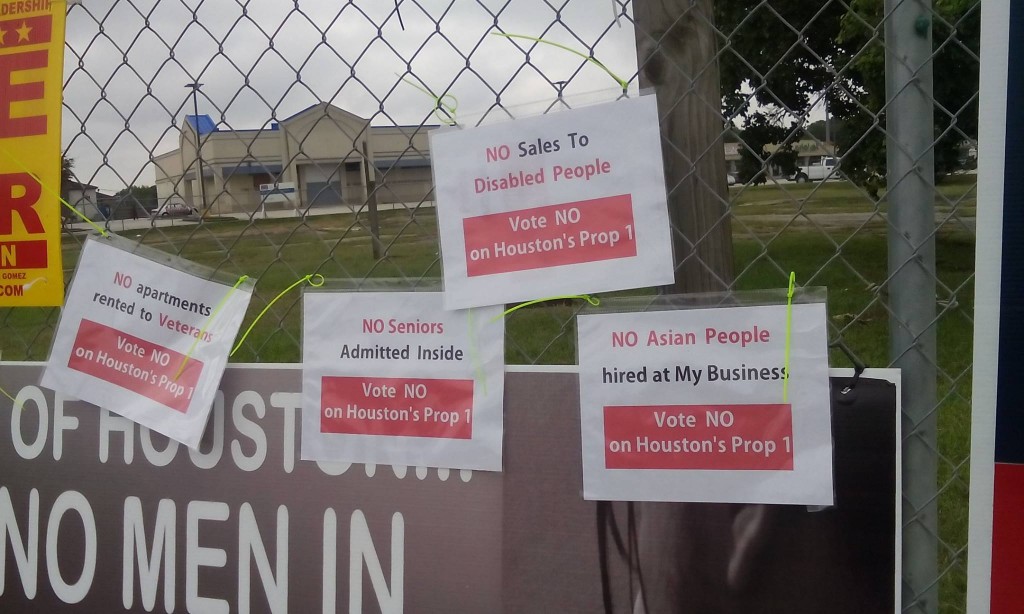