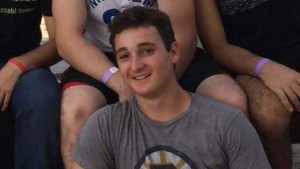 MIDDLE EAST. Palestinian attacks kill five in Israel and West Bank: “In the first attack, two Israelis were stabbed to death by a Palestinian man at the entrance of a shop that serves as a synagogue in the city of Tel Aviv. Later, a third Israeli, a Jewish American and a Palestinian were killed in an attack near a Jewish settlement. A wave of violence over the past two months has claimed the lives of 15 Israelis and dozens of Palestinians.”

POETRY. Nicki Minaj recites a Maya Angelou’s poem “Still I Rise” for A&E’s special Shining A Light: A Concert For Progress On Race In America: “Does my sexiness upset you?/Does it come as a surprise?/ That I dance like I’ve got diamonds/ At the meeting of my thighs?”

SEXIEST MAN ALIVE. Chris Hemsworth reflects on passing the baton on to David Beckham: “Although I knew for the last 12 months this day would come, it still hurts. As I fade into my weathered wrinkled exterior, I hope my time will be remembered then forgotten then forgotten some more (insert crying music). P.S. It’s what’s on the inside that counts. P.P.S. David Beckham is so dreamy and has cool tats.”

SPORTS. Head of English Premier (Soccer) League says out gay players would be welcome in elite soccer: “When asked if he thought there were any gay players in the Premier League, he hit the nail on the head[.] ‘It would be very strange if there wasn’t,’ while saying he didn’t know whom any of them are. ‘I actually think the environment would be entirely suitable for them to come out, if that’s the right phrase. And I think it would be welcomed, and I think there would be a tolerance to it. And I think the time would be right to do that.'” 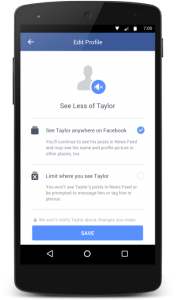 IT’S COMPLICATED. Facebook explores new tools to make it easier for exes to avoid each other on social media: “According to the company, Facebook will now prompt users to try the new tools when they change their relationship status on the social network. Afterward, they’ll be shown the option to “see less” from that person, as well as limit what that person sees from you. You’ll also be able to make changes to past posts and photos. The idea is to give the two parties some space, in the virtual sense, following their breakup. With one of the new options, you’ll be able to tell Facebook they would like to see less of the person in question – meaning you won’t see the person’s posts in your News Feed, and you won’t be prompted through auto-suggestions to message them or tag them in photos. Before, all Facebook would do was keep an ex from showing up in its sidebar “Photo Memories” module, which was nice, but far from enough. Your ex will never be notified you’re making these changes, either.”

CIVIL RIGHTS. Jacksonville, Florida hold “community conversation” on whether the city should expand anti-discrimination protection to the LGBT community. Things got ugly: “At one point a speaker asked the audience if any of them had ever experienced discrimination, and several dozen people raised their hands. It was all too much for Marshall Wood, founder of Crossover Jesus and author of The Big Picture: An Essay On The War Against the Fatherhood of God and Culture of Christ. Wood, a retired Air Force pilot sprang to his feet, shouting: ‘This is a sham!'”

SOCHI PROBLEMS? Russia reportedly has a toilet problem: “In a report released on world toilet day, WaterAid ranked countries according to how difficult it was to find toilets meeting basic hygiene standards. Among developed countries, Russia had the worst sanitation record, with more than a quarter of its population lacking access to safe, private toilets.” 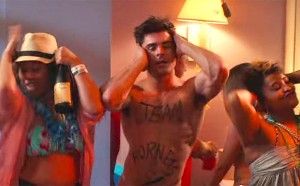 IMMIGRATION. More Mexicans leaving U.S. than entering it according to new report. What say you, Trump? “From 2009 to 2014, researchers found that there was a net loss of 140,000 Mexican national in the U.S. — a finding that is sure to factor heavily into the U.S. presidential race, where immigration policy has proved to be an enduring and factious policy point. ‘Every time we had a small crisis in the U.S. we saw a drop in the number of Mexican immigrants but it never went to having more people going back than coming in,’ said Ana Gonzalez-Barrera, author of the report. ‘This is the first time since the 1930s, when Mexican migration became the first source of immigrants to the United States, that the flow was reversed.’ Five year ago the Pew reported the flow was at net zero for the first time, Gonzalez-Barrera said.”

SMH. Jenny McCarthy puts her foot in her mouth (yet again), this time over Charlie Sheen’s HIV reveal: “Playing even his love interest on the show, back in the day, I go, ‘Ick! That’s not fair. It’s scary.’ I have sympathy for him because, you know, he’s sick and it’s awful, but man, he’s going to have to take some major accountability with many people in his life.”

MUSIC. Adele’s new album 25 will not be available on Spotify or Apple Music.