A new study from the University of Essex argues that all women are either gay or bisexual and “never” fully heterosexual. 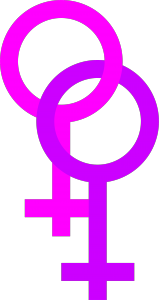 As The Huffington Post reports, Essex researchers analyzed the “physiological sexual responses” of 345 women and measured their sexual arousal to stimuli, specifically measuring their eye dilation when exposed to sensual videos of attractive men and women. Researchers found that women who identified as heterosexual experienced strong sexual arousal when exposed to both videos.

However, Dr. Rieger of the university’s Department of Psychology who led the study didn’t find sufficient evidence to prove or disprove a correlation:

“This shows us that how women appear in public does not mean that we know anything about their sexual role preferences. Men are simple, but women’s sexual responses remain a mystery.”

Several recent studies revealed new insights into measuring sexual responses to stimuli, including a recent Harvard study that found that all the homophobic men in their study were sexually stimulated by images of gay men in various states of romantic scenarios.