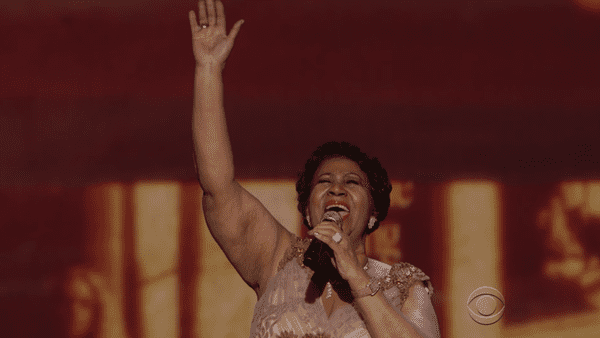 Queen of soul Aretha Franklin stole the show at the 38th Annual Kennedy Center Honors broadcast on Tuesday night with her performance of Carole King’s iconic song, “(You Make Me Feel Like) A Natural Woman.”

Franklin brought the audience to its feet, President Obama to tears–

and caused King to lose her ability to even.

There was also a coat drop.

Franklin herself was a Kennedy Center honoree in 1994. Other honorees this year were Rita Moreno, George Lucas, Cicely Tuson, and Seiji Ozawa, as The Wall Street Journal notes.