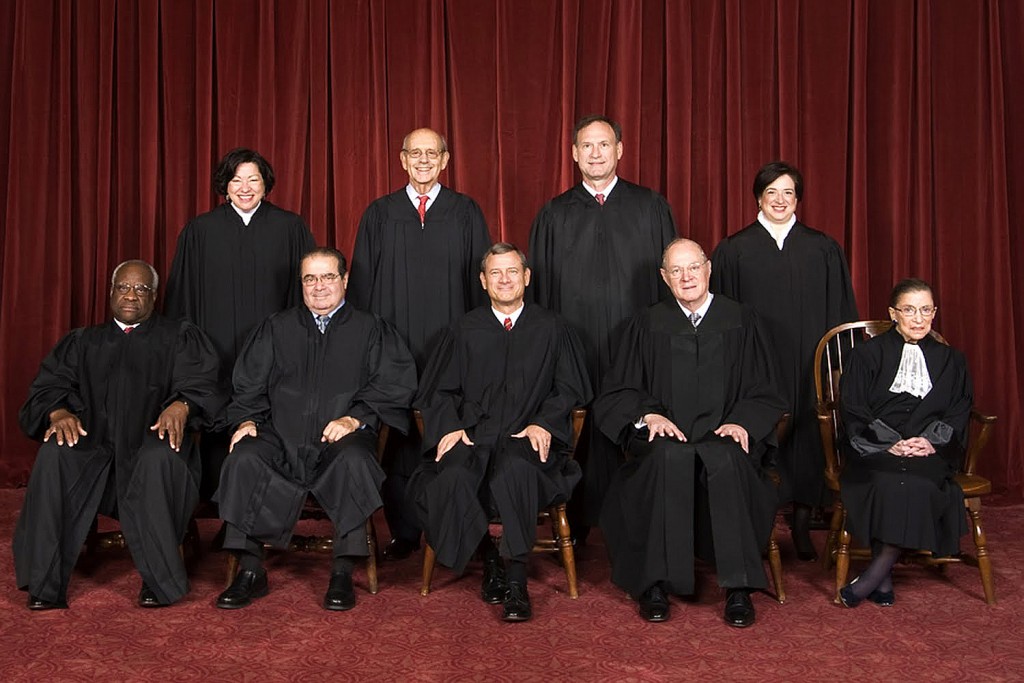 The U.S. Supreme Court has granted a request for a stay of an Alabama Supreme Court ruling that refused to recognize a lesbian mother’s adoption of three children she raised since birth because those children were adopted in Georgia. That ruling prevented the mother from being able to visit her three children.

The U.S. Supreme Court’s decision today means that the mother will be able to have visitation rights with her children pending the Court’s full review of the case.

The case was submitted to SCOTUS in November.

Without noted dissent, the justices granted a stay request from a woman identified in court papers as V.L. She asked them to set aside the Alabama high court’s decision that Georgia courts violated their own state laws in granting the adoptions of the children she shared with her former partner, and thus she did not deserve custody or even visitation with the children.

She had adopted the children that her longtime partner, identified in court papers as E. L., had delivered after becoming pregnant from a donor. They later broke up in Alabama , where they lived.

Lawyers for V.L. say the decision violates the Constitution’s Full Faith and Credit Clause, which requires that states respect court judgments, including adoption orders, issued by courts in other states.

Some background from the National Center for Lesbian Rights, who is representing V.L. in the case:

On November 16th, V.L. asked the U.S. Supreme Court for an emergency order permitting her to visit her children—ages 13, 11, and 11—who she hasn’t had visitation with since April, even though she has raised them from their birth. A separate request for the U.S. Supreme Court to review the Alabama Supreme Court decision refusing to recognize her as an adoptive parent and holding that Alabama does not have to recognize second-parent adoptions granted by Georgia courts is pending.

In her request to the U.S. Supreme Court, V.L. noted that the Alabama Supreme Court’s decision is unprecedented. Before this ruling, no state supreme court has refused to recognize a same-sex parent’s adoption from another state—or any out-of-state adoption—based on a disagreement with how the court issuing the adoption interpreted its own adoption laws. Under the United States Constitution’s Full Faith and Credit Clause, states are required to respect court judgments, including adoption orders, issued by courts in other states.

V.L and E.L. were in a long-term same-sex relationship in which they planned and raised three children together, using donor insemination. To ensure that both had secure parental rights, V.L., the non-biological mother, adopted the couples’ three children in Georgia in 2007, with E.L.’s support and written consent. When the two later broke up, E.L. kept V.L. from seeing the children, fighting her request for visitation, and arguing that the Georgia adoption was invalid in Alabama, where they live.