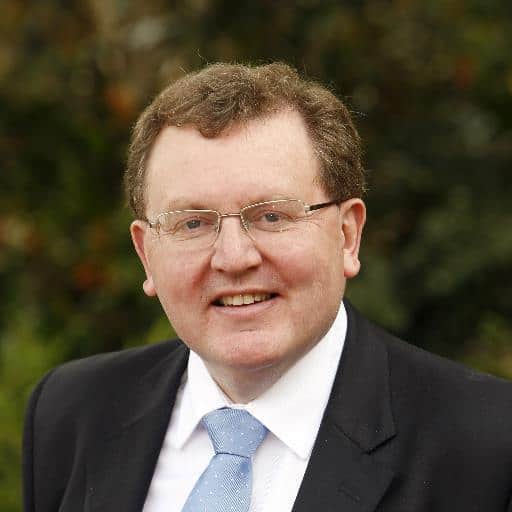 David Mundell, Conservative British MP and Secretary of State for Scotland, came out as gay in an open letter posted on his website Thursday.

The father of three and Scotland’s only Tory MP titled his message “New Year, New Start”, writing that coming out was “one of the most important decisions” of his life:

Having taken one of the most important decisions of my life and resolved to come out publicly as gay in 2016, I just want to get on with it, and now, just like that, I have said it. How can it be both so easy and so hard to say a few short words?

In the end, it took just a couple of  taps on a keyboard, yet at some points, in my mind, it was going to be harder than standing for election, speaking in the House of Commons or being cross-examined on television. I still cannot fully rationalise such feelings, but I know they are not uncommon, particularly in men of my age. Of course, everybody who gets to this point, has had their own journey. I have certainly been on mine – conflicting emotions, of doubts and fears, but ultimately positive and uplifting, with an unstoppable direction of travel. Over time, I came to understand that, for me, the only way to be truly happy on a personal level is to acknowledge in public as well as in private, who I am.

I so admire the many people, young and old, who are doing this every day, uncertain of the reaction. I have been very fortunate and couldn’t have had more love and support from my family and friends. However, making this  public is something I have had to do myself. I don’t know what the wider reaction will be, but I know it’s the right thing for me to do.

Other than the intensely personal and positive  difference it  makes to me, and the way I can live my life, my hope is that my coming out doesn’t change anything else about how I go about my work or how people treat me. Gender and sexuality should make no difference whether you are a Cabinet Minister or in any other walk of life and I hope that I can, in my own way, reinforce that message.

Mr Mundell is MP for Dumfriesshire, Clydesdale and Tweeddale.

He is believed to be the first openly-gay Conservative cabinet secretary.

A Downing Street spokesman said the prime minister was “very pleased” by Mr Mundell’s “very personal statement” and that it was “very encouraging to see”.

As The Guardian notes, Mundell follows in the footsteps of previous cabinet secretary Chris Smith in coming out as gay, though Mundell is the first Tory minister to do so: “Chris Smith, the former Labour MP, became the first openly gay cabinet minister when he was appointed by Tony Blair as culture secretary in 1997. Now Lord Smith of Finsbury, he came out in the 1980s.”

Openly gay leader of the Scottish Conservative and Unionist Party Ruth Davidson congratulated Mundell on Twitter, writing, “Really proud of my friend David today…I know that David didn’t make today’s statement lightly, but approached it in his typically thoughtful and positive manner…He has my wholehearted support, as well as the support of the wider Scottish Conservative family.”

I know that David didn’t make today’s statement lightly, but approached it in his typically thoughtful and positive manner. 1/2

He has my wholehearted support, as well as the support of the wider Scottish Conservative family. 2/2

Mundell thanked Sturgeon for her support, posting, “Thanks @NicolaSturgeon it’s much appreciated. I have been overwhelmed and humbled by the love and support across the political divide.”

Thanks @NicolaSturgeon it's much appreciated. I have been overwhelmed and humbled by the love and support across the political divide

I admire my dad as much today as I did yesterday. Brave decision to go public and the right one. https://t.co/LYoYl5Zvce

Colin Macfarlane, director of Stonewall Scotland, spoke of the significance of Mundell’s coming out:

“Having high profile people across all areas of society, from politics to sport, is crucial to creating inclusive environments and helping ensure the fair treatment of lesbian, gay, bi and trans people at work, at home and in their communities.

“Role models like David Mundell also inspire young lesbian, gay, bi and trans people by letting them know they are not alone and that they too can feel proud of their identity.”