This week’s TowleREAD features something completely different from the past selections we’ve featured – it’s a page-turning series, built for readers who live for sex, drama, love, lies, and deceit, readers who voraciously inhaled steamy romance novels and watched soap operas growing up, wishing they had been populated with gay men rather than straight couples.

Author Jake Biondi started the series in 2013 with an eye toward capturing the kind of plots found in Queer as Folk, Sex and the City, and Revenge, and has released five seasons of BOYSTOWN so far. 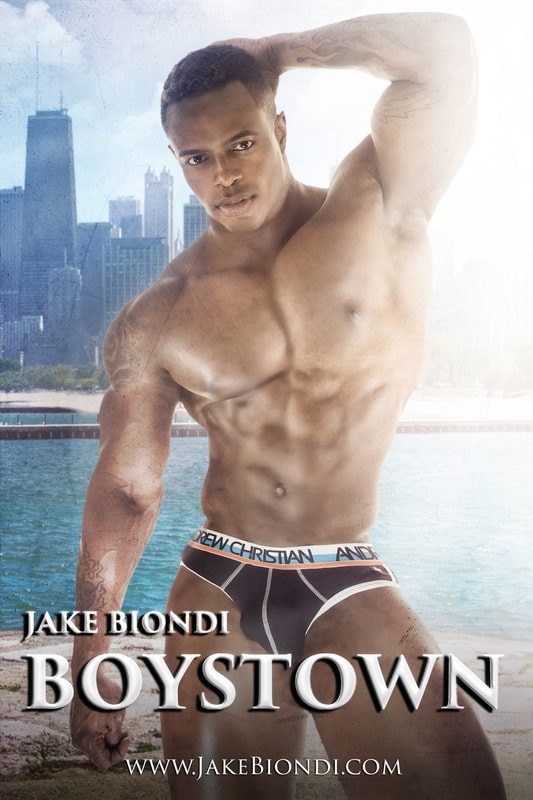 Biondi talked to us about the seeds from which BOYSTOWN, centered around Chicago’s famed Lakeview gayborhood, was sown:

Like others my age, I remember the moment when I heard about the death of Karen Carpenter, the space shuttle Challenger explosion, and Princess Diana’s fatal car crash. I also remember when I watched Steven Carrington stand before his family and declare, “I’m a homosexual, Dad. I’m gay.” With his the rich, shoulder-padded members of his family staring him down, Steven said the words that I hoped to one day be able to say to my family — perhaps with the affirmation of a sibling like Fallon who acknowledged her brother’s orientation stating, “Steven is gay.”

As a young, gay fan of dramas such as Dynasty, Dallas, and Days of Our Lives, I remember watching these shows hoping for the day they would feature a gay character, someone that I could relate to in some way. So when Dynasty introduced me to Steven Carrington, I was hooked. In Steven, I saw someone who struggled with at least a few of the issues that were running through my confused, teenage mind. Even though the show later altered Steven’s face by recasting the actor, adjusted his homosexuality by making him more bisexual, and killed off two of his lovers (one at the hands of his father Blake and one in the show’s famed Moldavian massacre), as young gay man searching for people like me on television, I was grateful for Steven. 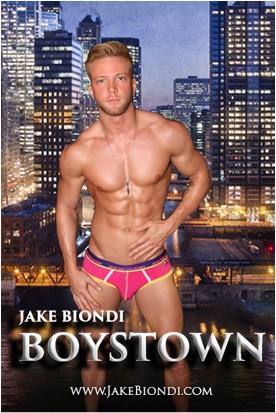 Three years after Dynasty was canceled in 1989, Fox brought me Melrose Place and its gay character, Matt Fielding. Ten years had passed since Steven Carrington came out to his family and not much had advanced in terms of gay characters on television. In fact, I recall the “hype” surrounding an on-screen kiss that was supposed occur between Matt and one of his boyfriends, which never aired due to concerns from the network and its sponsors.

Thankfully, things have improved quite a bit since those days. I recently enjoyed watching Will and Sonny on Days of Our Lives, and gay characters populate many shows on television and online. And, yet, I still keep thinking that there is room for more.

All my life, friends and family have told me that I should be writing for television. As those who know me watched as I engaged with my TV dramas, they saw in me something that, until recently, I didn’t see — a true passion for interesting characters and continuing storylines.

Once I recognized that passion myself, an idea was born. What if I created my own continuing drama that consisted mainly of gay characters? I started to ponder the idea more and more, and in June of 2013, I began writing my drama focused on gay characters, BOYSTOWN. 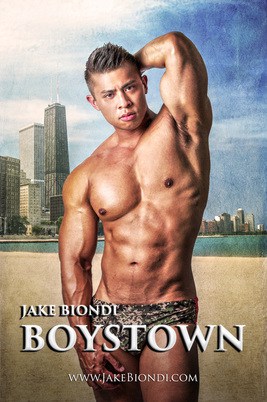 Like all good soaps, BOYSTOWN needed a “core” family; thus, the Mancini family was born. The Mancini brothers — as well as their friends and significant others — are at the center of BOYSTOWN. Emmett Mancini, the youngest of the brothers, is a bright, caring guy whose boyfriend has a few secrets Emmett has yet to discover. Derek Mancini, and his wife Joyelle, are BOYSTOWN’s straight couple…but a recent encounter with hunky Cole O’Brien could have life-altering consequences for Derek. And Justin Mancini, the oldest brother, brings with him a family history that both Emmett and Derek were hoping to forget.

Because BOYSTOWN is written like a TV series,  it reads quickly and keeps people on the edges of their seats.  And, because of people’s comments that BOYSTOWN “needs to be on TV,” I am now working with two great TV producers to bring BOYSTOWN to television.

Writing the BOYSTOWN series has been the most fantastic experience of my life.  I have been so touched by the outpouring of kindness and support that I have received from BOYSTOWN readers, and I am excited to see what the future holds for BOYSTOWN, both as a book series and TV series.

The audio excerpt below from the first chapter of BOYSTOWN Season One introduces readers to Derek and Joyelle Mancini, one of the series’ main couples, as well as Cole O’Brien, a character who could cause a great deal of stress for them. I hope you enjoy it…

You can pick up BOYSTOWN in paperback and all e-book formats at JakeBiondi.com and will soon be available in audio book format. Biondi may be reached through JakeBiondi.com, on Facebook, Instagram, and on Twitter.

CHECK OUT: Our Other Recent TowleREAD Book Features HERE.