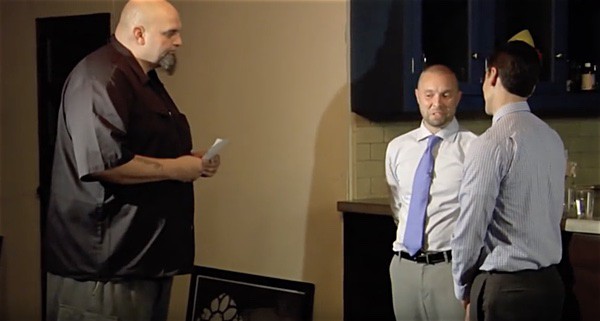 John Fetterman, the Braddock, Pennsylvania mayor who in August 2013 defied the state’s gay marriage ban and and married his constituents John Kandray and Bill Gray, touts his support for marriage equality in a new campaign ad. He’s now running for the U.S. Senate.

Said Fetterman at the time: “The legality of it really doesn’t concern me. I think it’s the message that it sends. And I think Pennsylvania is at a place now where we need to remove this from our constitution.”