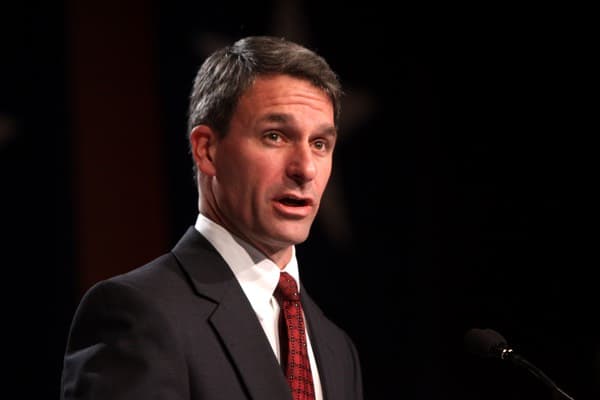 Ken Cuccinelli, the former Virginia Attorney General who declared that gays are a “threat to society” and tried to keep in tact the state’s unconstitutional sodomy law while in office, has withdrawn his name from consideration for a vacant post on the state’s Supreme Court.

“Together, we will prayerfully review this possibility in light of our family’s needs and whether or not this is the best way for us to contribute to making Virginia a better place to live going forward,” Cuccinelli said in a statement posted on Facebook.

Republican leaders said Cuccinelli eventually determined the position was not right for him.

The Virginian-Pilot has more on what could have been an ugly battle in Virginia:

The move follows months of drama between Gov. Terry McAuliffe and Republicans who control the legislature over a vacancy created last year when Justice LeRoy Millette Jr. retired.

Although the governor can make interim appointments when lawmakers aren’t in session, it is the duty of the General Assembly to elect judges.

But one Republican senator, Glen Sturtevant of Richmond, has sided with McAuliffe, keeping his party one vote shy in the Senate of the ability to elect Alston.

Protestors took to the Virginia Supreme Court on Wednesday morning to protest the prospect of Cuccinelli ascending to the court.

Watch a news report from WTVR, below.