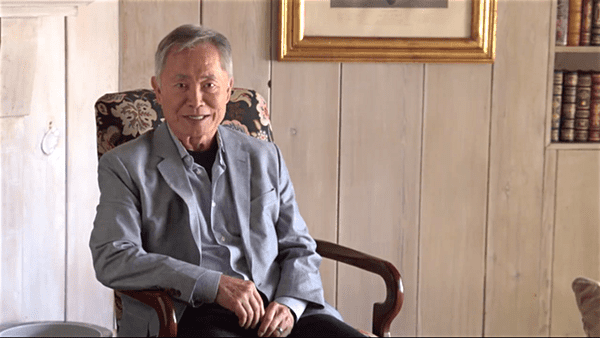 Activist and actor George Takei is making an appeal for party unity as the Democratic primary season draws to a close.

Takei has been an outspoken supporter of Bernie Sanders throughout the campaign. In a new video he posted on Facebook, Takei says that Sanders has connected to issues he feels passionately about such as income inequality and campaign finance reform.

Yet after Hillary Clinton’s 4 victories on Tuesday night in the ‘Acela Primary’, Takei believes that Clinton is the likely Democratic nominee and that all Democrats should unite around her candidacy. He urges, “Vote Blue No Matter Who.”

“…having been through many bruising primaries in my life, I’m also a realist. From where I sit, the math is clear: Hillary likely will win, and she will be our nominee. But that doesn’t mean Bernie didn’t also win. He won in a myriad of vital ways – none more so than energizing the Democratic base in a way no one expected.”

Young people in particular have become so passionate about this election, because they recognize its historic importance. At stake is nothing less than the very soul of our nation. So, I’m asking Democrats out there to take a pledge, along with me. Vote blue no matter who.

“Ultimately, we Democrats know that a bit of a tussle isn’t a bad thing. It makes us stronger. Keeps us sharp. And really, it’s like a family squabble, where only family, those very close to us, can truly get under our skin. But remember this, too: It’s precisely because we like and respect each other that the words and criticisms sting as much as they do.

“But here’s the other thing about family. We come together when threatened. And come together we will, in November. Bernie himself has said that, ‘On her worst day, Hillary Clinton will be an infinitely better candidate and president than the Republican candidate on his best day.’ If Bernie believes that, his supporters can too.”