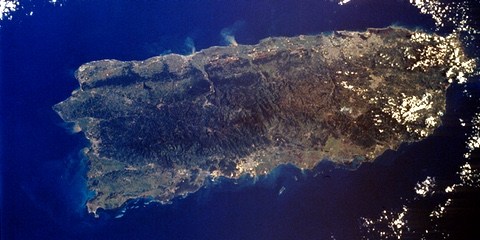 The First Circuit Court of Appeals has ruled that the Supreme Court’s gay marriage ruling in Obergefell v. Hodges does apply in Puerto Rico, contrary to what a district court judge would like to believe.

Back in March, Juan Pérez-Giménez ruled that the landmark decision could not be used to overturn Puerto Rico’s same-sex marriage ban because Puerto Rico is an unincorporated territory. Pérez-Giménez had ruled in favor of the island’s gay marriage ban prior to Obergefell. Now he has been removed from the case questioning Obergefell‘s applicability in Puerto Rico by the First Circuit. The First Circuit has ordered that the case  “be assigned randomly by the clerk to a different judge to enter judgment in favor of the Petitioners promptly.”

“The district court’s ruling errs in so many respects that it is hard to know where to begin,” the unsigned opinion from the 1st Circuit Court of Appeals stated in harshly criticizing U.S. District Court Judge Juan Pérez-Giménez’ actions in the case.

Pérez-Giménez had ruled in favor of the ban in October 2014, but the 1st Circuit sent the case back to the trial court after the Supreme Court’s June 2015 ruling in Obergefell v. Hodges striking down marriage bans nationwide. The appeals court ordered Pérez-Giménez to “further consider” the matter “in light of Obergefell,” adding that the appeals court judges “agree with the parties … that the ban is unconstitutional.”

Nonetheless, in March, Pérez-Giménez upheld the ban for a second time, ruling that the Supreme Court’s ruling does not apply to a territory like Puerto Rico.

The appeals court disagreed strongly, stating, “In ruling that the ban is not unconstitutional because the applicable constitutional right does not apply in Puerto Rico, the district court both misconstrued that right and directly contradicted our mandate.”