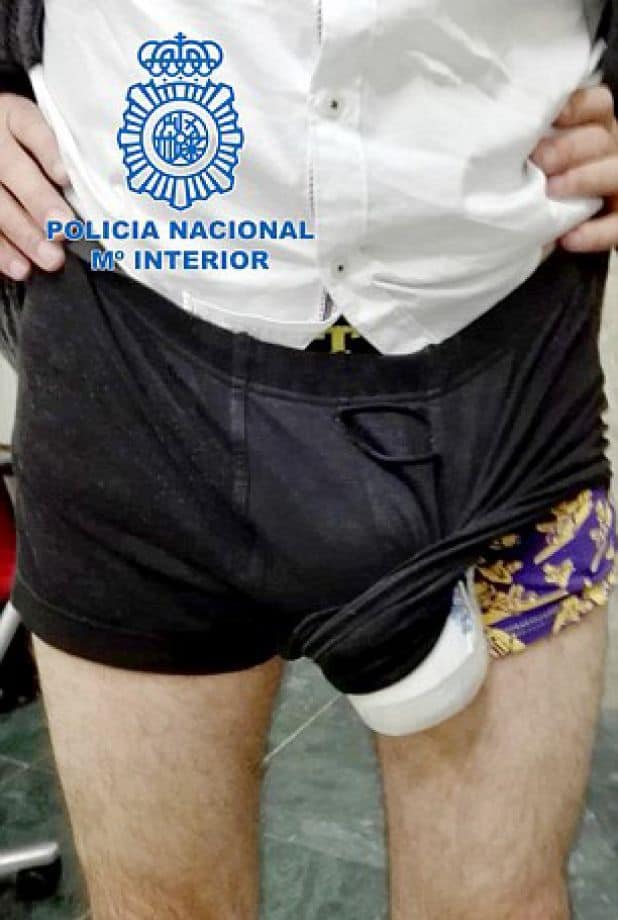 HAPPY TO SEE ME. Police arrest man who was smuggling drugs in his drawers after noticing his suspiciously large bulge: “The 43-year-old had attached a plastic container to his privates with more than a pound of cocaine inside – but was searched as he flew into Madrid Airport from Costa Rica. Officers examined his hand luggage and found nothing before turning their attention to his trousers and the large object between his legs.”

PANAMA PAPERS. Why haven’t more American officials surfaced in the offshore scandal? “The lawyer at the center of the scandal has an explanation: he prefers not to have them as clients.”

MUSIC (TECHNICALLY). Kevin Federline has made another rap song.

HEADLINE OF THE DAY. “NYC Council passes bill to crack down on Elmos in Times Square.”

LOS ANGELES. A police chase on an LA freeway was almost ended by a TMZ tour bus.

#CHASE Suspect almost blocked by TMZ tour bus before he threw something at bus, drove around https://t.co/u5lTveiQy0 pic.twitter.com/kF2z8YtR7F

GOT. The show’s official synopsis for the 6th season lists Jon Snow as dead.

TELEVISION. American Idol says goodbye tonight. TBT to all of Adam Lambert’s appearances on the show over the years.