Rihanna has reportedly been helping a fan come out of the closet to his friends, sharing support for the individual on Twitter.

The fan (who at present is anonymous) approached BuzzFeed with his story and said he first reached out to Rihanna on Twitter. While slowly coming out, the pop star has been “constantly checking in on his journey”:

The fan told BuzzFeed they opened up to Rihanna about their sexuality about a month ago because they felt like they didn’t have anyone else to talk to who would understand. Rihanna’s been encouraging the fan to come out ever since […]

The fan told BuzzFeed it’s been hard for him to come out as a gay black man, but Rihanna’s messages have helped him realize that he shouldn’t be ashamed of who he is.

The fan hopes to be fully out of the closet by July when he’ll be meeting Rihanna for the first time during her Anti world tour. <3

Check out screen grabs of conversations between RiRi and the fan, below. 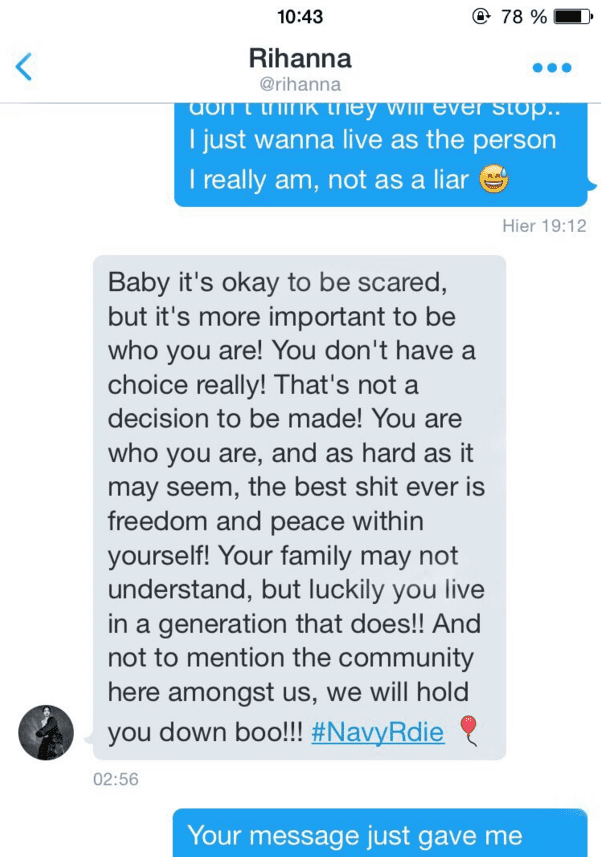 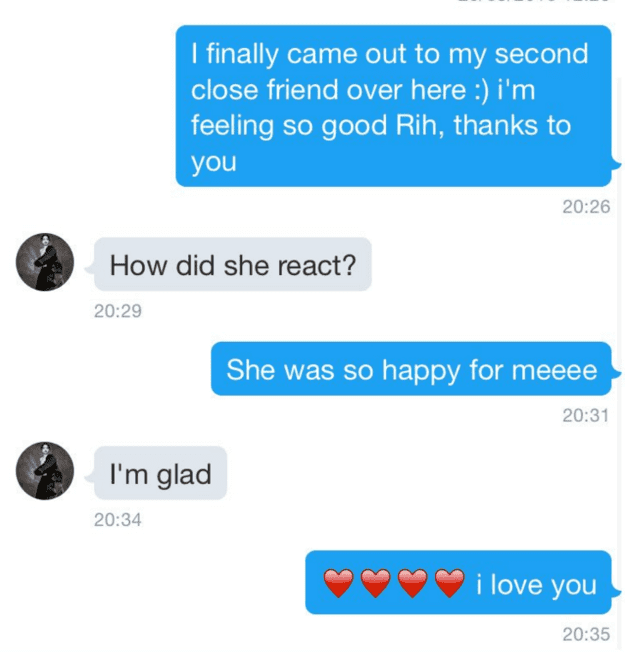 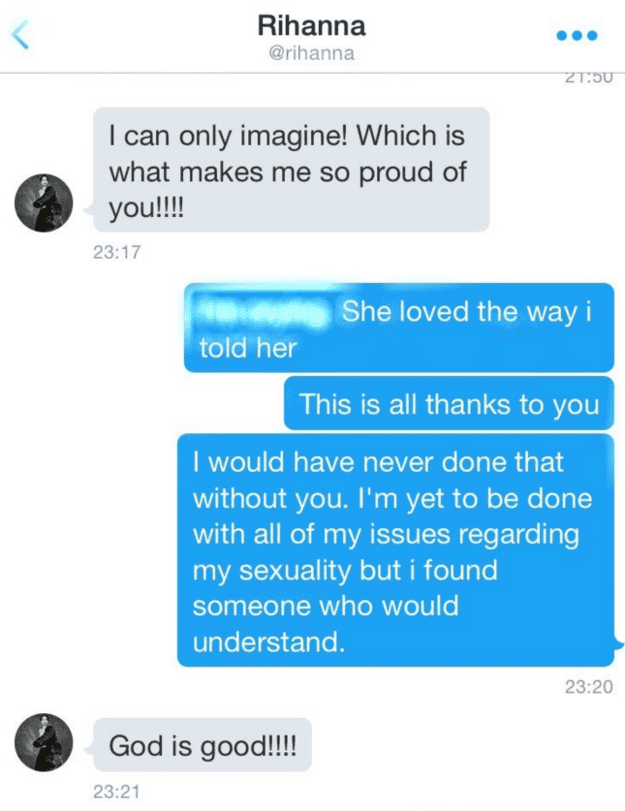 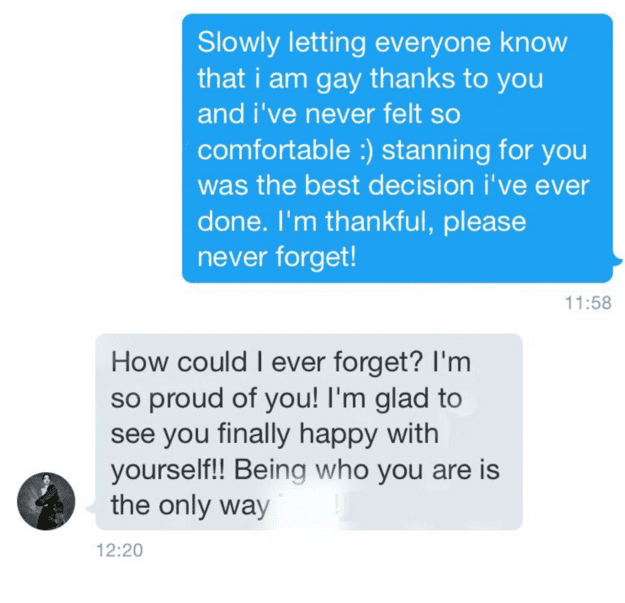 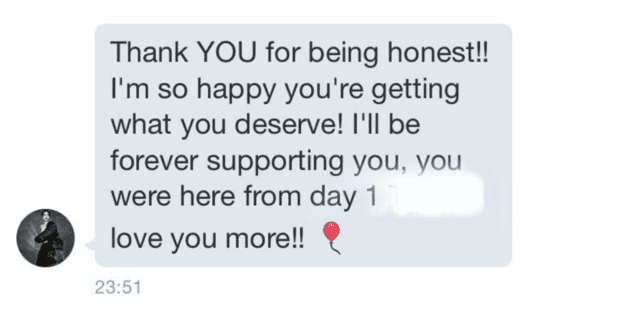