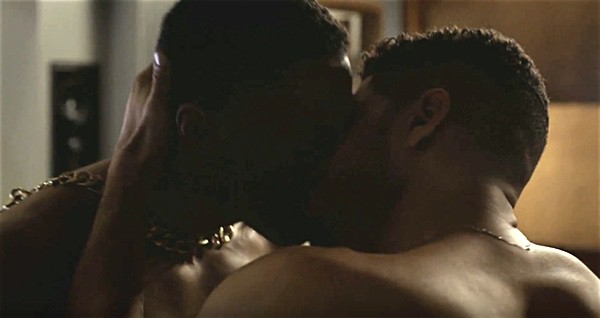 In last night’s Empire, a new gay storyline got started for Jussie Smollett’s Jamal as he faced off with a producer, D-Major, who seemed to dislike him but sentiments were actually quite the opposite and a confrontation in the studio turned into a steamy make-out session.

Things got more confrontational later in the show after Jamal sent D-Major packing because D-Major’s on the DL and Jamal doesn’t want to go back into the closet. 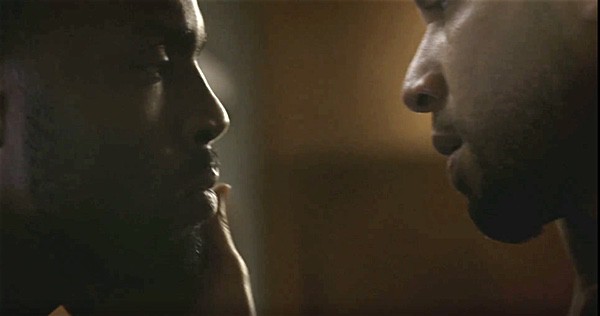 The scene inspired some of the show’s homophobic fans to make their thoughts known on Twitter:

And others called them out for it:

Jamal has a new hookup. Is his relationship with D-Major going to be serious or just something fun?
It’s the beginning of a story. We’re not rushing anywhere with it, but it’s a complicated relationship. There’s Jamal who fought hard to live in his truth and come out of the closet and he winds up involved with a guy who is as deeply closeted as many men are, and that’s a challenge for a gay man, certainly.

Gay relationships are pretty taboo in the hip hop world. Why was this storyline of two gay black men important for you and the writers to include?
We didn’t view it as an issue that we needed to take on. We looked at it as something that happens in the world and something that happens often. We’ve heard many, many stories. Jamal is obviously a wildly attractive guy who is going to be attractive to a lot of people, but is also probably lonely — it’s hard as a star to really find love and find someone who can move in the same circles as you and it’s inevitable and it’s bound to happen that those unexpected attractions are going to flare up. This is the first time we’ve told a story like that for Jamal. It’s the beginning of an interesting story that we hope will have legs.

Smollett responded to all the fuss:

Previous Post: « Madonna Says Her Met Ball Outfit Was a Political Statement Against an Ageist and Sexist Society
Next Post: Beware! Colorado Lawmaker Warns That Gay People Will Demand to Have Sex in Your Guest Bedroom: VIDEO »