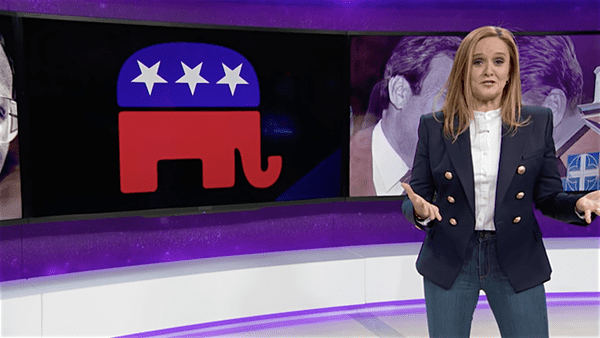 One of the perhaps unexpected aspects of Donald Trump’s rise as the Republican nominee is the support he drew from evangelical voters in a year in which Ted Cruz ran as the human embodiment of an anti-LGBT right-wing wet dream.

To understand why evangelical voters eschewed religious values for a “thrice-married, foul-mouthed tit judge who likes Planned Parenthood and thinks Corinthians is a type of car upholstery,” Bee says you have to go back to the beginning of the religious right’s hostile takeover of the GOP.

While you might be tempted to think that Roe v. Wade was the historical moment that birthed the religious right, you’d be wrong. It was a court case involving the IRS challenging the tax exempt status of religiously affiliated institutions that discriminated on the basis of race. Granted, that was just the starting point. Bee quipped, “Oh dont worry, gays. They’ll get to you. You’re just harder to spot.” Abortion became the national rallying cry for Evangelicals because they needed a better rallying cry than “Black people are icky”, Bee says.

Enter the right’s fight against abortion. The merger of the religious right with the GOP came to a head in 1980, when evangelical leaders urged church-going folk to switch their allegiance from the former pastor Jimmy Carter to the divorced and one-time liberal Hollywood movie star Ronald Reagan. “From 1980 onwards, the [Republican] platform came to read like a Baptist dream journal,” Bee says.

Luckily, however, “the religious right has been losing ground for 15 years. Gay people and can marry and serve in the military. And apart from a handful of bigoted bakers, most people are fine with it. And when North Carolina Republicans tried to get people to the polls with a bathroom culture war, the country held its head in the toilet while the Attorney General gave them a swirly.”

Turns out the religious right is losing its hold over the GOP and even evangelical voters. Looks like they didn’t have the power to get Ted Cruz the nomination in the first place.

Previous Post: « Nick Jonas Is Hot For Shapes – WATCH
Next Post: New ‘Ghostbusters’ Trailer Wants To Ease Your Worries About the Reboot – WATCH »