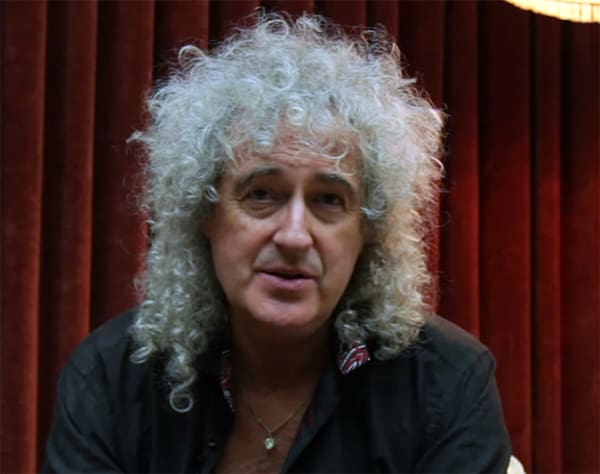 The Rolling Stones, Adele, Neil Young, Aerosmith and R.E.M. all had the same message for Donald Trump when he tried to use their music in his presidential campaign: oh, hell, no!

And now Brian May has joined the elite group.

Responding to a letter from a fan posted on his website after the GOP presumptive nominee played “We are the Champions” before his speech on Tuesday, Queen’s legendary guitarist Brian May was categoric: “We certainly have not approved this use of WATC – I will make sure we take what steps we can to dissociate ourselves from Donald Trump’s unsavory campaign.”

He later posted a note saying he had received “an avalanche of complaints” from his fans. “I can confirm that permission to use the track was neither sought nor given,” he added.

I’ve had an avalanche of complaints – some of which you can see in our ‘LETTERS’ page – about Donald Trump using our We Are The Champions track as his ‘theme’ song on USA TV. This is not an official Queen statement, but I can confirm that permission to use the track was neither sought nor given. We are taking advice on what steps we can take to ensure this use does not continue. Regardless of our views on Mr Trump’s platform, it has always been against our policy to allow Queen music to be used as a political campaigning tool. Our music embodies our own dreams and beliefs, but it is for all who care to listen and enjoy.

Of course, drama between musicians and Republicans is hardly a rare phenomenon, and the list of examples is rather long, but here are a few that we think you might like:

Tom Petty was not happy when George W. Bush used “I Won’t Back Down” on his 2000 campaign. Twisted Sister blasted Paul Ryan for his use of “We’re Not Gonna Take it” in 2012. Also in 2012, Newt Gingrich’s use of Survivor’s “Eye of the Tiger” ended in court. (Last year the group also condemned Mike Huckabee when he used the same song during the Kim Davis’ release spectacle.) Katrina and the Waves objected to Michelle Bachmann playing their hit “Walking on Sunshine” in 2011. Even ABBA complained when John McCain used “Take a Chance on Me” in 2008.

And here’s a pretty harsh one: