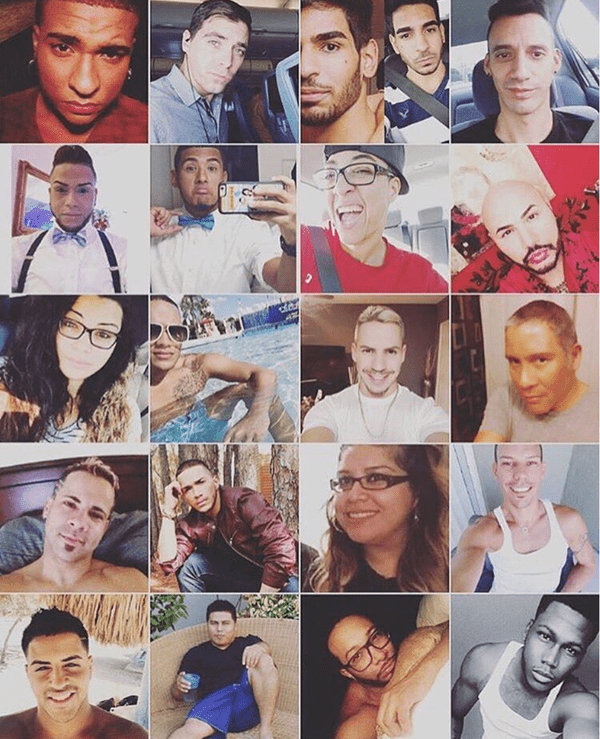 Many of the victims of the Sunday shooting in Orlando were in their 20s and Latino. It’s a young age, and a really important time for people who are “coming out” to their families.

“Imagine those folks who were not out to their families, or who were barely starting to come out to their families,” says Jorge Gutierrez, national coordinator for Familia: Trans Queer Liberation Movement. “We know how important family is to us as Latinos. Now they don’t have that opportunity to be authentic, in their homes with their own families.”

For Marytza Sanz, this is one part of Sunday’s shooting at Pulse nightclub that is particularly devastating. She’s the president of Latino Leadership, a nonprofit organization in the city that helps families connect with and navigate services and resources.

“For a lot of our families, having a son or a daughter who is gay maybe was a secret until this weekend. Culturally, our families, they’re not too open,” says Sanz. “Suddenly, these kids’ names are coming in the media.”

Serving the Latino population in a crisis is already a challenge. And the cultural taboos around homosexuality make this type of violence even more difficult.

Jeff Prystajko is the director of communications for another local nonprofit, Come Out With Pride, Orlando. Even in a city as welcoming as Orlando, he says, he’s seen how difficult the process of “coming out” can be for young people.

“Every person who has come out, has a story. For young people now, it’s common,” says Prystajko. “Many parents are more accepting, but that’s not everywhere. Many people have deeply held beliefs or [are in] religious communities that say homosexuality is intrinsically bad.”

Prystajko did not know any of the victims personally, but he says because of their ages, it’s likely many of them had not yet “come out.”

“So many of us who have had problems coming out with our families have built those relationships back. We can only hope that some of these communities that have rejected LGBT people can change,” Prystajko says.

The shooting happened early Sunday morning at Pulse nightclub, which patrons say has been a safe space for many people, a place to get away from hostility and be themselves.

Daniel Leon-Davis wrote in Fusion about his first time at Pulse.

While a lot of people turn to churches, LGBT communities are often forced to use nightclubs as our safe haven, and Pulse was mine. Although I had built armor to defend myself from the hatred that was spewed to me when I came out (including some from my own mother), the reality was that I still hated myself because of my identity as a gay man. It didn’t help that I had grown up in a church that had conditioned me to hate myself for loving other men.

Sanz says that before the shooting, watching angry and hateful rhetoric on the news has been disheartening, but she always hoped it would not end in something this terrible.

“Not only has the church contributed,” says Sanz, “but these politicians that have been bringing up the constant bashing of Muslims, homosexuality, women — I think this has been growing and growing until this time bomb exploded.”

“This [shooting] is about violence that has been happening for many, many years,” says Gutierrez, citing the high rates of hate crimes against lesbian, gay, bisexual and transgender people in the US. “We want to blame everything on one person, but this is not an isolated case.”

According to a 2012 study by the Association of Statisticians of American Religious Bodies on religious beliefs in Orlando, the city’s population is largely Roman Catholic, with almost 300,000 members. Evangelical and Southern Baptist worshippers make up about 230,000 of over 2 million people in the metro area. Data from theOrlando Economic Development Commission shows that about half a million in the city are Hispanic. A large share of that population traces its origins to Puerto Rico, according to a Pew Hispanic Center study.

The shooter killed 49 people on Sunday, all between the ages of 19 and 41. Many of the victims have Spanish names and most were men. Another 53 more people were injured and, though we don’t know their names or identities, they likely share similar demographics.

Sanz worries that Spanish-speaking families aren’t connecting with local organizations that are providing resources to victims and their families. A crowdfunding campaign by several Central Florida organizations raised some $200,000 in 24 hours and has increased its goal to $500,000. The funds will go to counseling, an emergency hotline and to support victims’ families. But many people who come to Sanz’s offices don’t know how to access that support, or that it even exists.

For now, she anticipates many people will have questions about what to do next. For example: Who will provide for burials, the families of the victims or their partners, who may have never known the family?

“Nobody at age 19 or 20 was planning about their funerals,” she says.

For Sanz, the hope is that all of these conversations and this tragedy can at least help heal divisions. The violence, she asks, will it bring us together, or are we going to go back to how things were?

“It’s hard [for families], and more hard when they have been going to a church that has been penalizing homosexuality,” she says. “You have been maybe going to a church for many years. Now you’re seeing your pastor on TV saying, let’s pray for these families.”

“For our families, they are lost now. They are running without direction.”

What should come from this devastation, she says, is acceptance. “Let’s sit and let’s talk. You’re my son, you’re my daughter. We are all together and we love you no matter what.”

This article was first published on PRI’s The World.