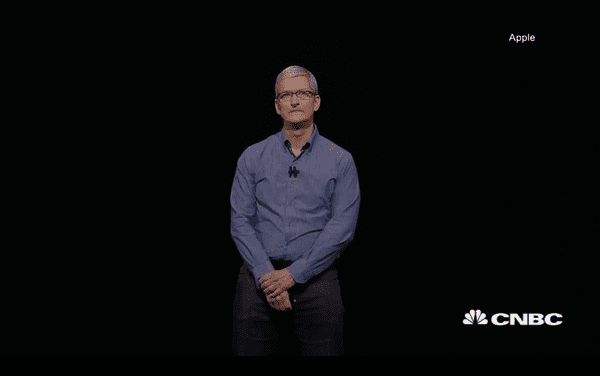 Apple CEO Tim Cook took time out at the beginning of his address at the Worldwide Developers Conference (WWDC) on Monday to speak out against the horrific terrorist attack on the gay nightclub Pulse in Orlando, Florida on Sunday.

“We offer our deepest sympathies to everyone whose lives were touched by this violence. It was [a] senseless, unconscionable act of terrorism and hate aimed at dividing and destroying. The Apple community is made up of people from all around the world, from all different backgrounds and all different points of view. We celebrate our diversity. We know that it makes us stronger and moves everyone forward.”

Cook then asked the audience to stand and join him for a moment of silence in honor of the victims.

On Sunday, Cook tweeted about the Orlando massacre calling it an “unspeakable tragedy.”

Our hearts go out to the victims of the unspeakable tragedy in #Orlando, their families and all who grieve with them.

Watch Cook address the WWDC, below.

Previous Post: « What Can We Learn from the People Who Knew Orlando Shooter Omar Mateen?
Next Post: These Are the Victims We Know Of So Far From the Orlando Massacre – PHOTOS, VIDEOS »