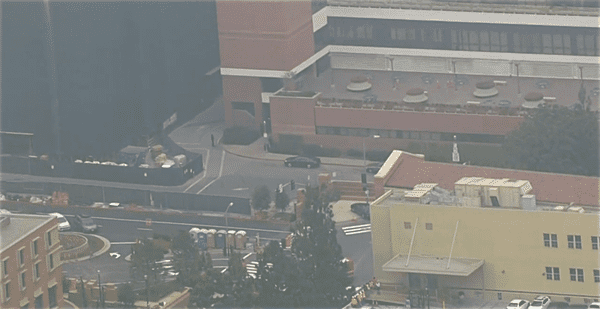 The campus of the University of California Los Angeles is on lockdown after a shooting was reported.

There have been two victims and both have been confirmed dead, according to MSNBC.

UPDATE: Multiple news outlets in addition to UCLA itself and the LAPD have confirmed the two known victims have died.

Police confirm 2 dead in shooting at UCLA. Police are sweeping Engineering IV building for a possible shooter. Watch for updates.

Watch live video from NBC, below.

Photos from the day below.

Students barricading themselves inside classroom at UCLA. Gunman still on loose. pic.twitter.com/rfOseiQUnF

Watch an interview with a UCLA student who called into MSNBC, below.

And video from earlier:

UPDATE #2: ABC News has this statement from the LAPD.

UPDATE #3: The shooting appears to have been a murder-suicide.