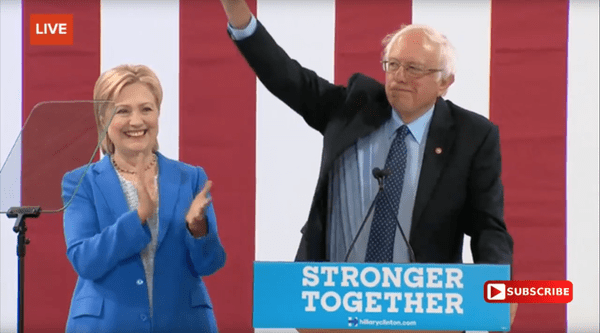 Sanders had been reluctant to endorse Clinton even as she amassed an insurmountable lead. At one point, Sanders and his campaign suggested that they would try and win the Democratic primary by luring super delegates away from Clinton despite the fact that she had a clear lead among pledged delegates.

“I have come here today not to talk about the past but to focus on the future. That future will be shaped more by what happens on Nov. 8 in voting booths across our nation than by any other event in the world. I have come here to make it as clear as possible as to why I am endorsing Hillary Clinton and why she must become our next president.”

You can watch Sanders’ full endorsement, below.