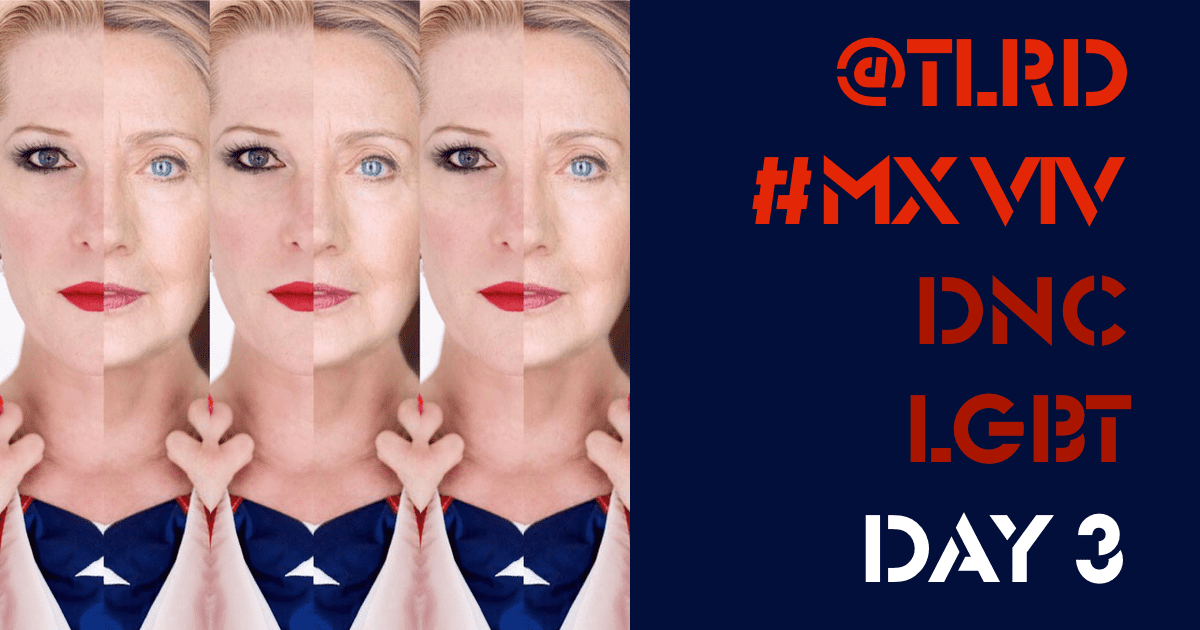 Why Hate Hillary? The Anti-Alpha Male.

I have to say that watching the way this country negotiates class, gender, and race over the last few weeks has been phenomenal. I’ve been trying to decipher where the appeal of Donald Trump lies, especially considering his main supporters are poor white people with very little education.

Personally I find nothing more annoying than an incompetent alpha male.

Clearly Donald Trump doesn’t have the depth or breadth of knowledge when it comes to foreign affairs, the laws of this country, treaties, or even how people’s bodies work. What he does have is conviction and money. So my theory is that the reason so many disenfranchised white men like him is because he mirrors them back to themselves but as “successful” which is very intoxicating, I’m sure, for them. He makes it possible for them to have conviction too because he never says anything too complicated or complex. He hurls insults, makes extreme reactionary statements like he did today when he said Russia should hack Hillary Clinton’s emails.

He’s got a beautiful wife who stands next to him looking like a Barbie Doll who never speaks unless told to and therefore never challenges or contradicts him. He’s got obedient children who are perfectly trained to reflect his glorious self-image. Everybody knows their place, stays in line, and waits for Daddy to call the shots. For doing this they are rewarded with status, wealth and the promise of a brighter future. Isn’t that the way it’s supposed to go?

Never mind the outrageous things he says. What matters is his promise to make everything great. If that’s all you need to believe in, and you have no hope otherwise, what else can you do? Maybe win the lottery or win a lawsuit after you slip on a banana peel at Walmart –otherwise you’re stuck.

“NOTHING MORE ANNOYING THAN AN INCOMPETENT ALPHA MALE.”

Surely a lot of the women who back Trump are invested in the old-fashioned (I’m not using that word in the pejorative way) ideal that a man should be supportive and take care of things. Donald Trump promises he’ll do that.

Many in the “elite media” and well, probably the rest of us, think the appeal is one of white supremacy but I don’t think that’s really the case. These people would say they aren’t racist. In their minds they aren’t racist because they simply don’t think about people of different races and they don’t want to. They are operating entirely on what they believe works for them, for the idealized “AMERICA” they wish to inhabit that’s been stolen from them by the complexities of modern life and uppity, politically correct smarty pants.

They just don’t want to know about feminists, liberals, LGBT people, and people of different races. Of course they’re racist, but simply by default. They don’’t really think about it. For the rest of us, that willfully ignorant worldview is utterly incomprehensible. When Donald Trump says he’s not racist he believes it.

“WHEN DONALD TRUMP SAYS HE’S NOT RACIST HE BELIEVES IT.”

And why oh why do they hate Hillary so?

Well, watching Former President Bill Clinton’s speech last night I was taken by surprise when his opening gambit was the story of how he and Hillary met in the library of an elite academic institution. He was cruising her, she stared him down and eventually made the first move and they went on a date to a museum.

Oh my, it brings me back to that bestselling chestnut from the 70s, “Real Men Don’t Eat Quiche”. I kept thinking of the people who I grew up around in rural Maryland. They would have heard that and thought that right off the bat he allowed himself to be castrated by this Ivy League intellectual. Then he spent the rest of his speech listing a lifetime of awe at her brilliant list of accomplishments and talking about how much he admired her and has been bowled over by her since first they met.

Bubba was impressed by this powerful woman and he never lost that shine! Therein lies the rub. The alpha hillbillies love their Trump and consider Bill, the sensitive one who has always been cowed by this witch from Chicago, to be a traitor to his class and to his gender.

Hillary doesn’t know her place. In this relationship she’s the alpha, and a competent one. She’s smarter, stronger, and more determined than any and all of them put together. She is a constant reminder to the ineffective men in this world that they are not quite as awesome and powerful as they like to think they are.

She’s stared down her husband Bill, Congress, Dictators, critics and she’s never weakened. Who can compete with that?

I think the reason a lot of women hate her, especially older, less educated white women, is because she has made the kinds of choices that they feel completely invalidate their own. She never knew her place, she said herself very early on that she (I’m paraphrasing) was not some little woman like Tammy Wynette, sitting home baking cookies and standing by her man. There are millions of women who will never forgive her for that crack. How dare she? After that one she was screwed.

From that moment on, where some people would see a lifetime of public service and dedication to improving the lives of children, women, and the poor, others only see cold, calculated ambition. Why did she only have one child? Because she was too ambitious and selfish to have two children and she needed to be able to play the mother card to further her career.

Why did she stay with a man who had sex with other women? Because she was to cold to do it herself, didn’t want to be bothered, and was only angry because he got caught. They delegitimize her in any way they can. Liar, crooked, murderer. And there is nothing she could ever do to change that.

This week I’ve heard other powerful women speak of her in such glowing terms. The glass ceiling has been shattered. We have our first major party woman candidate for president and now all of the fissures that have existed between men and women will rush to the fore as patriarchal privilege is threatened in a way it’s never been threatened before.

As Nancy Pelosi said today at the Emily’s List event “Women Break Through” if Hillary wins the election, for the first time a woman will be the most powerful person on earth. That’s major. If the election of Obama unleashed a new level of racial discord in this country imagine what will happen when Hillary becomes President.

I for one can’t wait!