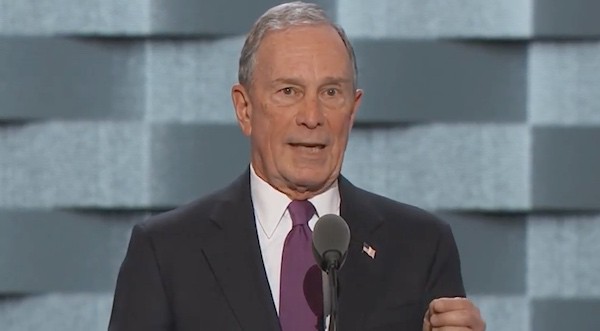 In what he described would be an “unconventional convention speech,”, former NYC Mayor Michael Bloomberg went billionaire-to-billionaire with Donald Trump, dumping a boatload of zingers against the Republican candidate.

“We must unite around a candidate who can defeat a dangerous demagogue.”

“I built a business, and I didn’t start with a million-dollar check from my father. “

“The richest thing about Donald Trump is his hypocrisy.”

“Trump says he wants to run the nation like he’s running his business? God help us!”

“We need a problem-solver, not a bomb-thrower.”

“This is not reality television. This is reality!”