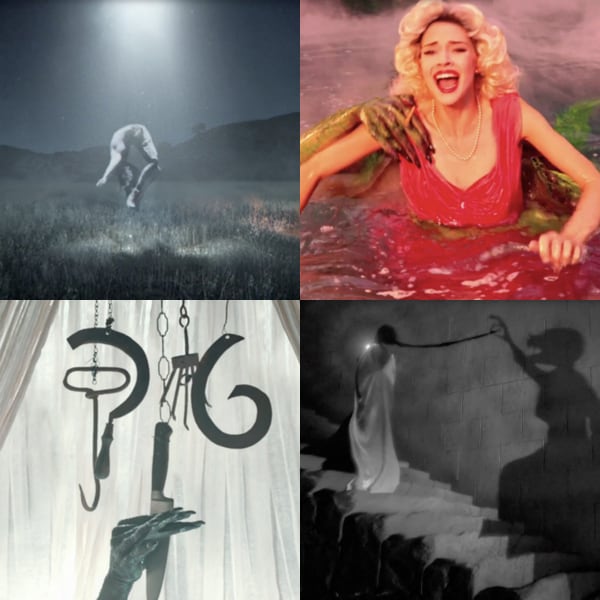 Two new teaser or promo trailers have been released for season 6 of American Horror Story, and they’ve left us wondering now more than ever what the upcoming cycle will be about.

The anthology horror series from Ryan Murphy has previously looked at a haunted house, an asylum, a coven, a freak show, and a haunted hotel. There have been some rumors that season 6 will be about Roanoke, the lost English colony.

Images from these two promos, however, don’t necessarily back that up. But who’s to say at this point? Watch below and decide for yourself what you think season 6 will be about.