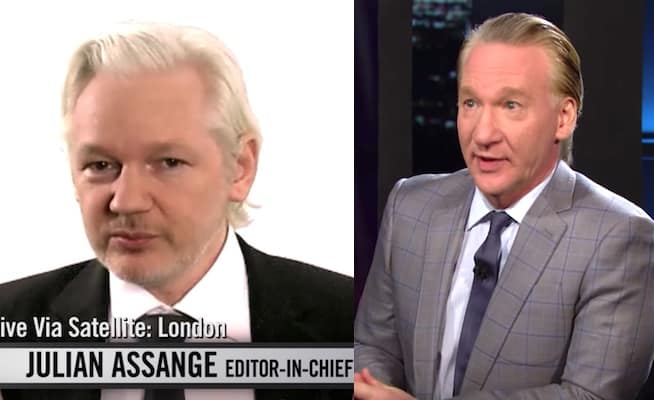 Wikileaks founder Julian Assange got a good grilling last night from Bill Maher over why his organization appears to be “working with a bad actor—Russia” and “putting [his] thumb on the scale to basically f**k with the one person who stands in the way of us being ruled by Donald Trump.”

Assange dodged that question by volleying one back to Maher, asking about a ‘William Maher’ who gave money to a Clinton-funded organization and asks if Maher plans to donate $1 million to Clinton as he did to Obama.

“We’re really good at this. We have a 10-year perfect record of never having got it wrong in relation to the integrity of what we release. There’s no allegation, even from Debbie Wasserman Schultz or any of these people, that any of the material is not completely valid and true. What there is, is a conflation between our publications—the DNC leaks—and an extensive variety of hacks of the DNC, and frankly other organizations over the last two years, possibly by state actors, that wasn’t at all surprising.”

Also on the call – whether it was fair game to release the names of Democratic donors, and the idea of a “smoking gun” in the DNC emails,