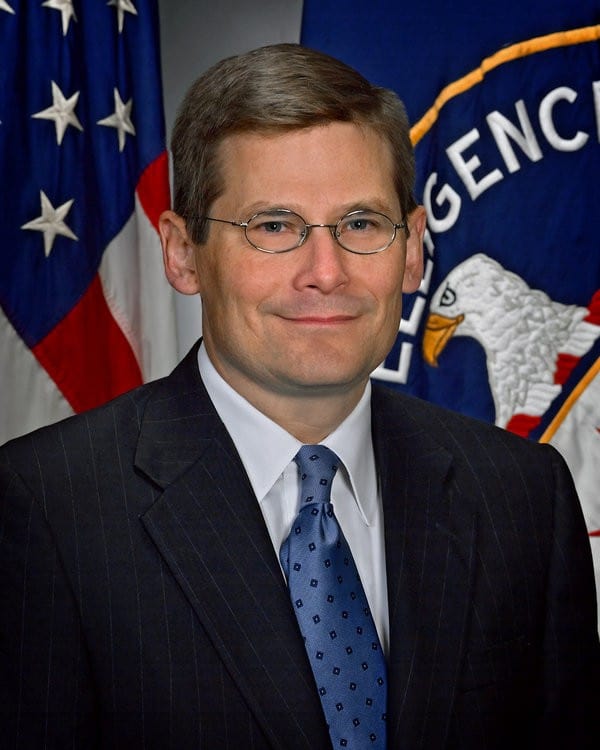 A former acting director of the CIA has endorsed Hillary Clinton for president and denounced Donald Trump as a threat to the United States’ national security.

In an op-ed for The New York Times, Michael J. Morell, who served as acting director of the CIA twice during the Obama administration and was at George W. Bush’s side on 9/11, says that while he has never made his politics public before, and has voted for and worked with both Republicans and Democrats, he is making his position clear this year because of the unique risk Donald Trump poses to the country.

Morell declared, “I will do everything I can to ensure that [Hillary Clinton] is elected as our 45th president.” Explaining his decision, he writes,

“Two strongly held beliefs have brought me to this decision. First, Mrs. Clinton is highly qualified to be commander in chief. I trust she will deliver on the most important duty of a president — keeping our nation safe. Second, Donald J. Trump is not only unqualified for the job, but he may well pose a threat to our national security.”

Morell worked with Clinton during her tenure as Secretary of State. “I found her to be prepared, detail-oriented, thoughtful, inquisitive and willing to change her mind if presented with a compelling argument,” he says of Clinton. Seemingly aware of the media narrative that suggests Clinton puts political calculation above all else, Morell says,

Morell also notes that Clinton was an early advocate for the raid against Bin Laden and suggested a policy on Syria that he believes would have prevented ISIS from taking a strong footing in that nation.

In assessing Trump, Morell suggests that the Republican nominee is dangerous because of his “need for self-aggrandizement, his overreaction to perceived slights, his tendency to make decisions based on intuition, his refusal to change his views based on new information, his routine carelessness with the facts, his unwillingness to listen to others and his lack of respect for the rule of law.”

Morell argues that Trump has already put America’s national security at risk by playing into the hands of Vladimir Putin. Trump has, in essence, become Putin’s puppet, according to Morell:

“President Vladimir V. Putin of Russia was a career intelligence officer, trained to identify vulnerabilities in an individual and to exploit them. That is exactly what he did early in the primaries. Mr. Putin played upon Mr. Trump’s vulnerabilities by complimenting him. He responded just as Mr. Putin had calculated.”

Morell sums up the Trump-Putin love affair thus: “In the intelligence business, we would say that Mr. Putin had recruited Mr. Trump as an unwitting agent of the Russian Federation.”

As for Trump’s proposed ‘Muslim ban’, Morell warns that it “plays into the hands of the jihadist narrative that our fight against terrorism is a war between religions”–to say nothing of it flying in the face of the principles that founded our nation.

Morell concludes, “My training as an intelligence officer taught me to call it as I see it. This is what I did for the CIA. This is what I am doing now. Our nation will be much safer with Hillary Clinton as president.”

Previous Post: « This Grandson Brought News to His ‘Nan’ on Her Birthday That Shook Her to the Core
Next Post: Victim’s Family Files Wrongful Death Suit Against Houston Gay Bar Where He Was Murdered »