Donald Trump has just debuted his first official ad of the general election and, unsurprisingly, it attacks Hillary Clinton.

Called, “Two Americas: Immigration,” Trump asserts that America will only be safe with him as commander-in-chief.

The ad then attempt to contrast ‘Hillary’s America’ with ‘Trump’s America.’ The voice over says, “Donald Trump’s America is secure. Terrorists and dangerous criminals: kept out. The border: secured. Our families: safe. Change that makes America safe again.” 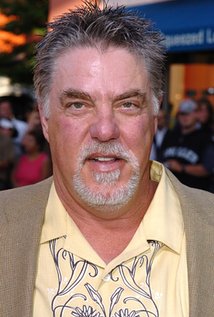 If the voice-over artist in the ad sounds familiar, that’s because it’s that of actor Bruce McGill. Via Mediaite:

The name may not ring all too familiar, but McGill’s face — and amazing body of work over decades — certainly will. The 66-year-old San Antonio native is a Rizzoli & Isles regular, and most famously appeared as D-Day in Animal House.

[Photo of McGill via IMDB]