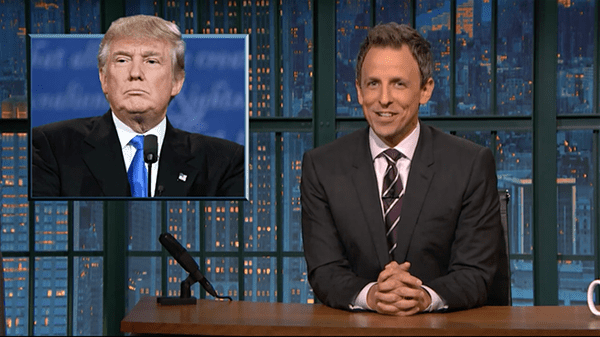 Seth Meyers took a closer look at the fallout from the first presidential debate between Hillary Clinton and Donald Trump on Tuesday night.

Of particular interest to Meyers was how Trump managed to lose the debate despite the astoundingly low expectations set for him by his own supporters.

Meyers joked that in order to win, Clinton basically had “to act like a ninja bank robber weaving through a web of red lasers meanwhile Trump just has to be a C+ Walmart greeter.”

PREVIOUSLY: Seth Meyers: Trump Was So Unprepared He Looked Like He Forgot Hillary’s Name – WATCH

By the standards his own supporters set, “all Trump had to do is be a normal person and he would have been declared the winner and yet he still managed to lose,” Meyers quipped.

Watch Meyers’ analysis of some of the best moments from Monday’s debate, below.