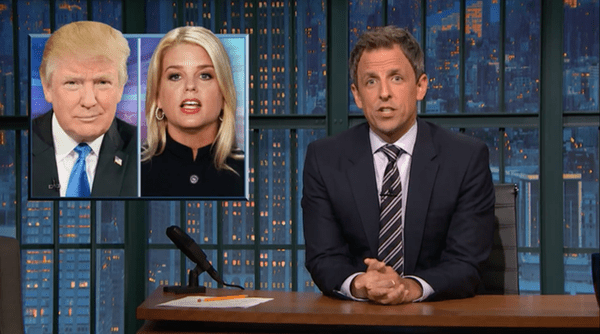 Seth Meyers dug into scandals that have dogged each of the two major presidential campaigns this cycle, and came up with a maybe not surprising result: one of these things is not like the other.

Meyers touched on Clinton’s emails and her use of a private server during her tenure as Secretary of State, but he also got into accusations of ‘pay-for-play’ involving both the Clinton Foundation and the Trump Foundation.

And it turns out there are some pretty stark differences.

Meyers also dove into the Trump Foundation’s illegal campaign contribution to anti-gay Florida Attorney General Pam Bondi, who dropped an investigation into Trump University around the time Trump made that donation.