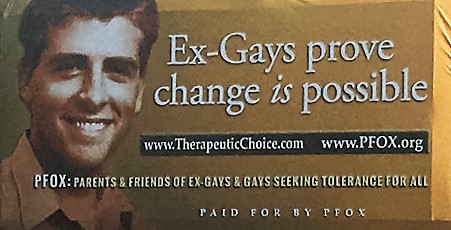 A Texas organization has come under fire for posting billboards supporting “ex-gay” therapy in Waco.

Sponsored by Parents and Friends of Ex-Gays (PFOX), the billboard reads “Ex-gays prove change is possible.” PFOX has posted images on Facebook calling homosexuality a “dysfunction” and stating “I was born a sinner but Jesus changed my orientation.” 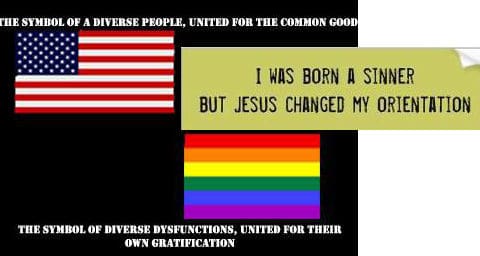 “Ex-gays implies there’s something wrong with gay, lesbian, and transgendered people. I understand why someone would be drawn to that sort of billboard. Ex-gay therapy does not do any good and in fact, can do harm in increasing the suicide rate in the LGBTQ community.”

However, defending the billboard, David Pickup, a licensed psychotherapist and board member of PFOX said “the people who are criticizing this, they are automatically assuming for everyone homosexuality is genetic or inborn. Because they are assuming this about everyone they are hurting a lot of people who have traumatic causes for their homoerotic feelings. So that’s why need billboards like the one in Waco that tell the truth.”

Pickup added that reparative therapy does not aim to convert people but seeks to address unresolved emotional issues.

Garrison has considered launching a billboard in response to PFOX. However, having discussed the issue with friends and assessed the costs involved he is instead hoping to organize an LGBTQ pride event.