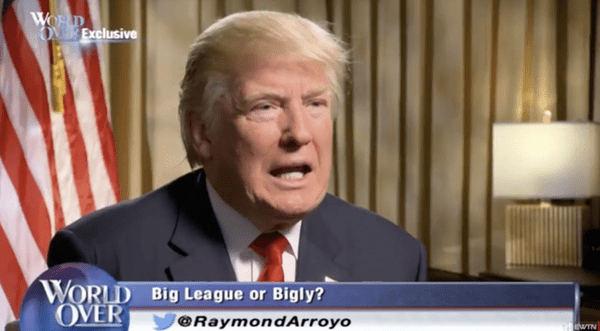 Donald Trump can’t settle many political debates this election cycle, but one he has finally brought to an end is over his syntax.

Throughout the election, on the stump, in interviews and even at a presidential debate, Trump has said a word that sounds both like “bigly” and “big league.” Commentators have argued about which he is saying, unable to come to a consensus on the issue.

However, the debate can now finally end thanks to Catholic broadcasting network EWTN’s Raymond Arroyo. The interviewer recently sat down with Trump recently and put us all out of our misery by putting it to the GOP nominee: what is it, ‘bigly’ or ‘big league?’ 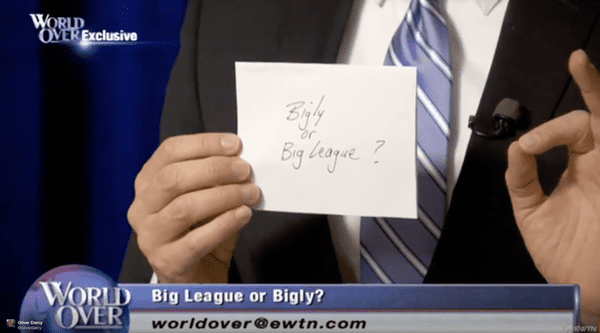 “In appearance after appearance,” Arroyo said, “there is one bit of Trump syntax that has created debate in households across America. My final question, it is perhaps the most portentous … are you saying ‘bigly’ or ‘big league’?”

Trump responded, “Are you talking about for me? I use ‘big league.”

‘Are you talking about for me?’ Seriously?

Yes, we’re talking about you. We’re looking at you! 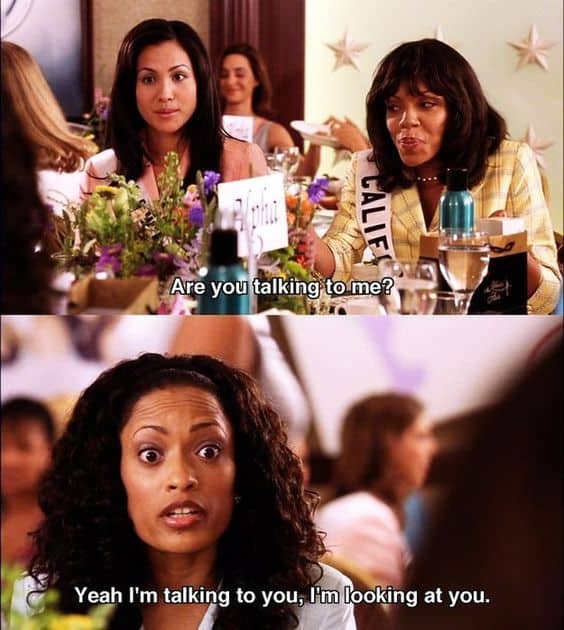 She’s obviously been drinking too much self-tanner.