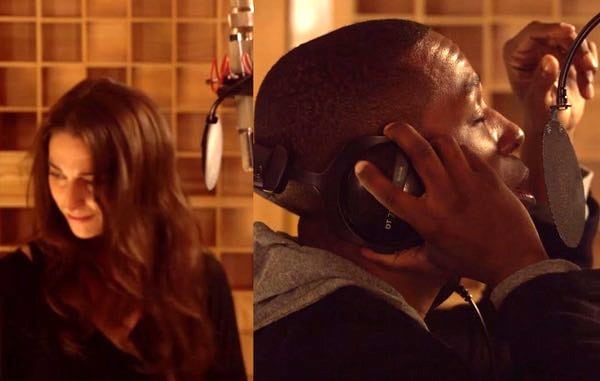 Public radio show This American Life asked singer-songwriter Sara Bareilles to write a song imagining the unsaid thoughts and feelings President Barack Obama has about this election and Donald Trump in particular.

Listen and watch, below.

Here are the lyrics:

Let’s start with hope
I threw it in the middle like a skipping stone
The ripples won, son of a gun
Some would not have thought so
But I stand here Commander in Chief
And I take that seriously

But along the way
A rogue ripple turned tidal wave
In reaction to what I tried to do
A rebirth of a nation’s hatred
Red, white and blue
Is black in there too?
Seriously?

Is this the best we can be?
Seriously?

Let’s talk of fear
And why I don’t bring it in here
It’s a dangerous word, it spooks the herd
And we all bleed in the stampede
Fear makes a false friend indeed
And I take it seriously

Angry?
Am I angry?
You ask am I angry?
And I’m at a loss for words
After all we’ve done
Every battle hard won
Every hair gone gray
In the name of this place
In a history plagued
With incredible mistakes
Still I pledge my allegiance to these
United divided States
Seriously

Let’s end with “why?”
It’s a question I
Want to ask of us as a populace
Why not take our time or the weight of this story
Seriously?