ON THE STUMP. Mike Pence responds to woman who spends all day on social media and says she’s ready for the revolution if Hillary is elected.

Woman: “If Hillary Clinton gets in…I’m ready for a revolution, b/c we can’t have her in” 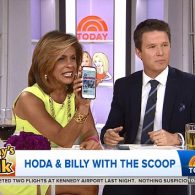 BYE, GIRL. Billy Bush has been fired by NBC over ‘P—y’-gate tapes: “One source told the news channel that the network will announce Bush’s departure ‘in the coming days.’ Neither Bush nor his assistant has been in the office this week, according to CNN.”

BUSH LEAGUE. And Bush reportedly has himself to blame for being fired: “Billy was bragging about the tape to other NBC staff while in Rio. If he knew about the tape, and remembered the full extent of such an explosive conversation with a presidential candidate and didn’t disclose that to NBC News, that is a very, very serious problem.”

LOCKER ROOM TALK. Eric Trump says sometimes bragging about sexually assaulting women ‘happens’ when alpha males get together: “I think sometimes when guys are together they get carried away, and sometimes that’s what happens when alpha personalities are in the same presence.” 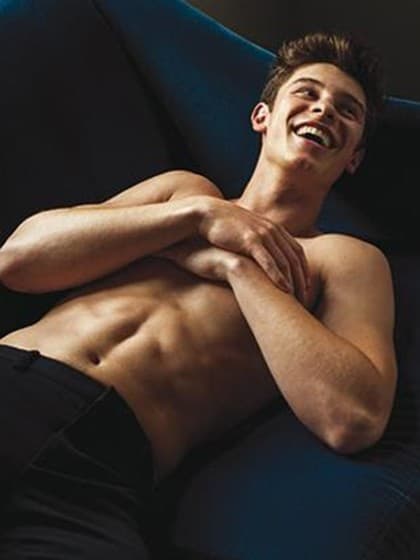 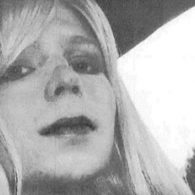 MIA. Chelsea Manning is reportedly missing: “She’s missed several planned calls, and family, friends and her legal team have not been able to contact her. They’re describing her as missing, an alarming development after her suicide attempt in July and subsequent sentencing to solitary confinement as punishment (she was sentenced to two weeks, but had one week suspended). As Jezebel says, ‘Military officials have not issued any statement explaining her whereabouts.'”

NOTHING TO SEE HERE. Cat caught in the act of knocking vase off table. 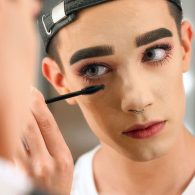 GOP CIVIL WAR. Glenn Beck kinda sorta endorses Hillary Clinton: “It is not acceptable to ask a moral, dignified man to cast his vote to help elect an immoral man who is absent decency or dignity,” Beck wrote on Facebook in reference to Trump. “If the consequence of standing against Trump and for principles is indeed the election of Hillary Clinton, so be it. At least it is a moral, ethical choice.”

HUNTING FOR LGBT GHOSTS. New web series focuses on finding queer ghosts: “As one of the hunters explains in the opening trailer, the filmmakers were tired of the presumption that all ghosts had to be heterosexual. LGBTQ ghosts, many of whom spent their lives in hiding, have stories that desperately need to be heard by the living.”

SHE’S JUST BEING MILEY. Miley Cyrus talks coming out as pansexual: “My whole life, I didn’t understand my own gender and my own sexuality. I always hated the word ‘bisexual,’ because that’s even putting me in a box. I don’t ever think about someone being a boy or someone being a girl.”

TOO HOT FOR TUESDAY. Tahitian model and swimmer Stéphane Debaere.

Previous Post: « Billy Bush: Manspreading, and Proud of It
Next Post: John Weir on the Controlling Effect of Trump’s ‘Locker Room Talk’ »