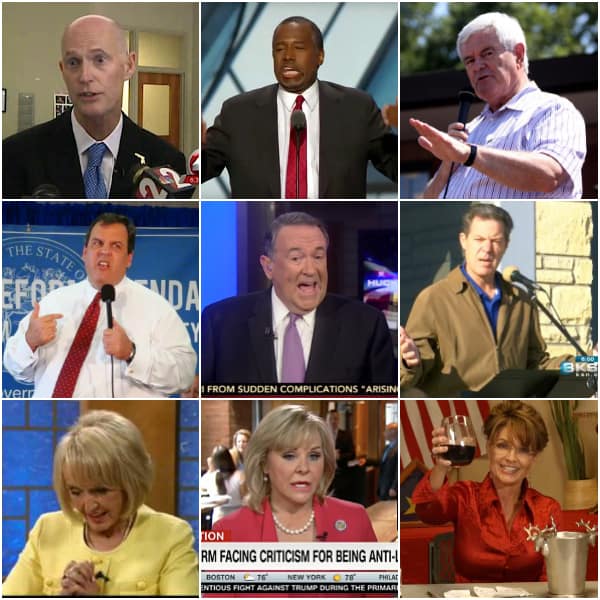 So far, the names being floated for a Donald Trump administration largely have one thing in common: They’re men. And for the most part, they’re white men. BuzzFeed obtained one list of 41 names under consideration for Cabinet and top White House positions. Of those, only six are women. In other news stories listing potential appointees, no women are named.

Many of them are also fringe figures ― people who have never been in government or who have been out of government for some time and are itching to get back in.

Trump did not have the support of much of the Republican establishment, and many of the officials who would traditionally get into an administration now may be hesitant to do so for a leader they distrust. Trump may also block them since they didn’t support him. Meanwhile, some figures who have been lurking on the fringe may now have found a home with this unlikely president-elect.

Secretary of Health and Human Services:

Secretary of the Interior:

Director of Office of Management and Budget:

Previous Post: « Randy Rainbow Had an Ill-Fated Dream That Hillary Won (And It Was Beautiful) – WATCH
Next Post: Eli Lieb Wrote a Beautiful Song to Give Us Hope After the 2016 Election – WATCH »