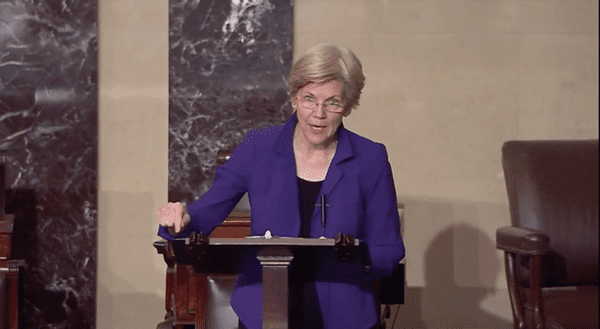 Elizabeth Warren blasted president-elect Donald Trump on Thursday for putting white supremacists in the White House and lying to millions of Americans about his plan to ‘drain the swamp.’

Trump has filled his transition team with what Warren called ‘swamp monsters’, lobbyists with ties to big business and Wall Street who, as Politico notes, represent “an investment bankers’ dream.”

Warren said that Trump has proven that his populist promise to the American people “is worth nothing.”