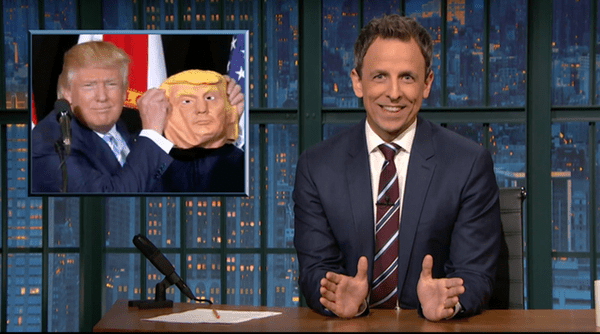 Seth Meyers took a closer look on Monday night at how the 2016 election has come to an end.

In the final days of this campaign we have seen celebrity appearances on behalf of Hillary Clinton, Donald Trump b*tching about said appearances, the worst CNN split screen in history, the birth of the ‘Mazel Tov’ cocktail, the revelation that Ted Nugent’s genitals are black and blue, a horrific Trump mask, President Obama doing what he loves most–burning Trump, and the FBI announcing a big old ‘oopsie’ over its letter to congress.

Relive the end of the campaign with commentary from Seth (which makes this nightmare of an election somewhat fun and slightly less painful), below.