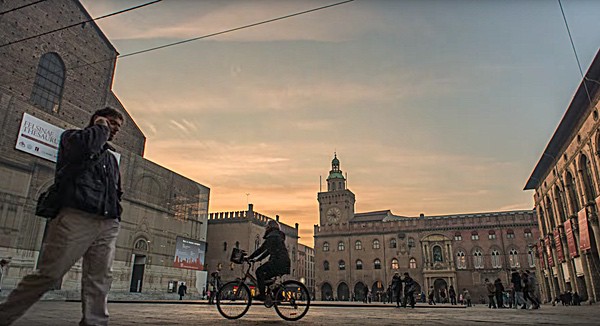 The first Italian center specifically accommodating refugees of LGBT identity will be opened soon in Bologna, according to news agency Ansa. The move follows similar initiatives in Germany over the past year, where first Nuremberg and then Berlin provided facilities for LGBT refugees.

A joint project between the locally-based Trans-Identity Movement (Mit), the pro-refugee Camelot Cooperative, and the LGBTI Resource Center based in Turin, as well as the city administration of Bologna, the center received the go-ahead from the National Office Against Racial Discrimination (UNAR). It is expected to feature housing adjacent to existing resources for refugees, as well as LGBT-specific counseling and outreach services.

“The project strengthens the Bolognese reception system [for refugees],” say city councilors Luca Rizzo Nervo and Susanna Zaccaria, and will confirm “a positive habit of collaboration between the City and LGBTI associations” to strengthen “the system of rights and guarantees for persons.”

This innovation sheds a light on the need for such added contingencies for an already vulnerable class of people. Fleeing global hotspots due to conflict and persecution, including anti-LGBT persecution, LGBT refugees may find that their troubles remain even in their new host countries, as well as among their fellow refugees. The Berlin shelter was opened specifically as a response to these issues, as related by a local gay activist:

Stephen Jäkel . . . explained the risks queer refugees face in shelters. They are small worlds, where people are unoccupied most of the time, and rumors and gossip spread quickly. “There is violence if people come out or are recognized as LGBT. We have reports of people being spat on, called ugly words, or beaten,” he told me. One refugee was strangled, lost consciousness, and almost died. Jäkel’s organization has also heard of problems with homophobic security staff and interpreters who don’t care about the safety of LGBTQ refugees.

“Sometimes, interpreters don’t know the right words for LGBT, or they don’t like gay or trans people. They will say: ‘You don’t have to tell him you are gay. I won’t translate it. It’s not important,’ ” when evidently it is absolutely vital that queer refugees identify themselves to government authorities, Jäkel said. “We also had reports of interpreters quitting their jobs the moment they found out the person they’re translating for is gay.” Since they are privy to conversations that are supposed to be private, within the shelters, interpreters sometimes betray the confidence of LGBTQ asylum seekers.

When added to the fate of those such as a gay Syrian refugee who was viciously killed in Istanbul last year, it is clear that special protections for LGBT refugees are necessary and now, thanks to the German centers as well as the new one in Bologna, the trend towards providing them is encouraging.