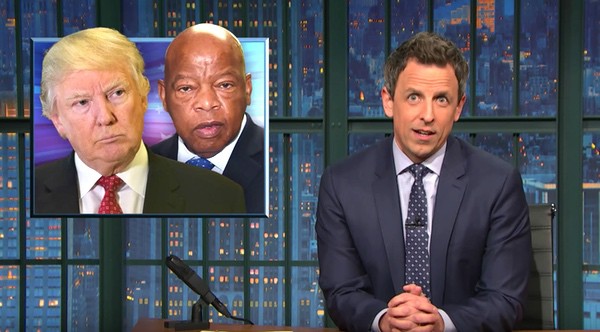 Echoing, the majority of Americans’ thoughts, Seth Meyers started out last night’s “A Closer Look” with this note: “The Trump transition has been like listening to a spooky version of ‘Pop, Goes the Weasel’ that you hear in a horror movie.”

He then moved on to Trump’s John Lewis remarks, notable (or not notable) for the fact that they contradict remarks he made praising the civil rights icon a decade ago: