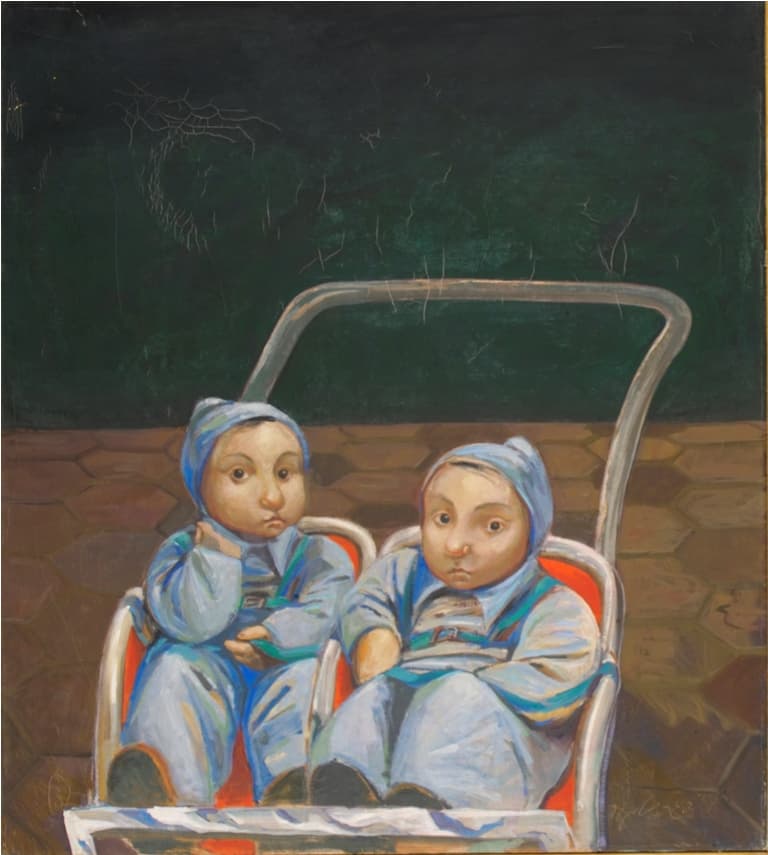 In a complex case where the law surmounted biology, an Italian judge ruled that twins born from the same mother are not brothers.

The ruling from an appeals court in Milan reversed an earlier determination that the boys, born from a surrogate in California via in vitro fertilization at the behest of a gay couple, could not be claimed by the men as their legal children. Since they each used separate semen samples, according to the ruling, each man could claim the corresponding boy as a child. But although this process made them fraternal twins, each sharing the same genetic mother, the ruling further specified that they could not be brothers in the eyes of the law.

Despite this confusing caveat, the couple—who have wished to remain anonymous in Italian media—welcomed the development that allowed them to confer their Italian citizenship upon the children, previously denied them in an earlier attempt to register their births with officials in Milan.

An organization that was helping the men in their court case did likewise:

Famiglie Arcobaleno, a nongovernmental organization advocating the rights of same-sex parents and their children, has hailed the court’s decision as a “positive step.” “It’s the first time that an Italian court has established that a child’s best interest comes before [the legality of] how he or she was born”, the NGO’s president, Marilena Grassadonia, told The Washington Post in a telephone interview. . . . . NGOs such as Famiglie Arcobaleno . . . are working to help gay couples find surrogates in countries “where the rights of surrogates are respected,” Grassadonia said. “California and Canada are our preferred destinations.”

While the same-sex nature of the boys’ parentage further complicated the matter, surrogacy remains a barely-accepted concept in Italian law, especially when third-party countries where exploitation is suspected are involved:

Surrogacy itself is stigmatized and referred to by the local media by the derogatory term “utero in affitto,” or “womb for rent.” Even after a child is born, there’s no guarantee that its best interests will be more important than adhering to the ban. Italian authorities have gone so far as to take children away from their parents. Three years ago, a court in Cremona, a town in northern Italy, took a toddler away from his parents, a straight married couple, after it was discovered he was born in Ukraine to a surrogate mother. Another child born in Ukraine via a surrogate was separated from his family in the town of Brescia and was declared “adoptable” by the country’s rough equivalent of the Supreme Court in 2014.

But the case further serves to highlight that Italy remains less progressive in the area of both same-sex marriage equality and parenthood than much of neighboring Europe. Limited civil partnerships still make no provision for adoption, which is why neither man can simply adopt the other man’s child. The curious nature of the court’s attention-grabbing ruling would ideally spur on legislation that could begin to acknowledge the reality on the ground of contemporary families.