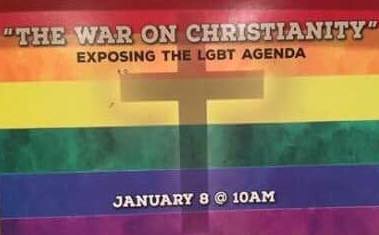 The above image shows an actual flier promoting an actual sermon at an actual church near Dallas.

The sermon, titled “The War on Christianity: Exposing the LGBT Agenda,” is also listed on the website of Gateway Church Midlothian, which is part of the rabidly anti-LGBT Assemblies of God denomination.

After someone posted the image to Facebook, reporting that the church has been “blanketing the community” with the fliers, people began leaving negative reviews on Gateway’s page.

“Spreading lies and promoting hate is not what Jesus would do!” one person wrote. “Shame on you and your fliers!”

The church has since disabled Facebook reviews and deleted several comments, but not before we managed to preserve a few of them (below).

“I’ve updated my gay agenda for the New Year, so my wife and I will be attending this Sunday!” one woman wrote.

It’s quite possible that in distributing the fliers, the church was hoping for this type of backlash from the LGBT community to feed its persecution narrative. But for those who would advocate ignoring the fliers, remember that Texas Republican lawmakers will effectively be seeking to impose the anti-LGBT views of churches like Gateway on the entire state when the legislative session begins next week. 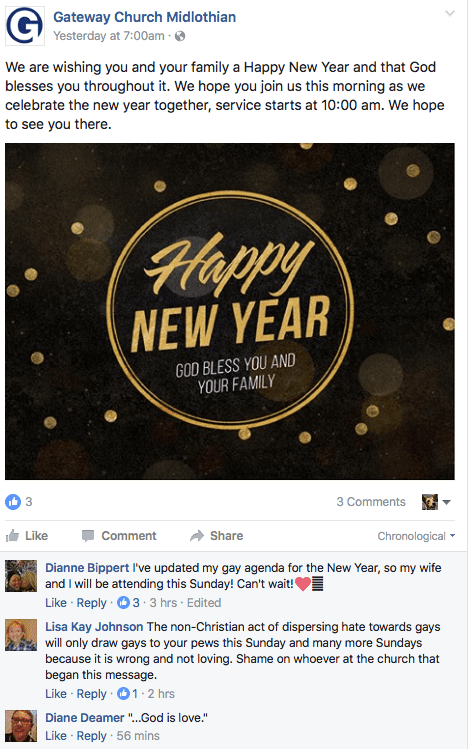 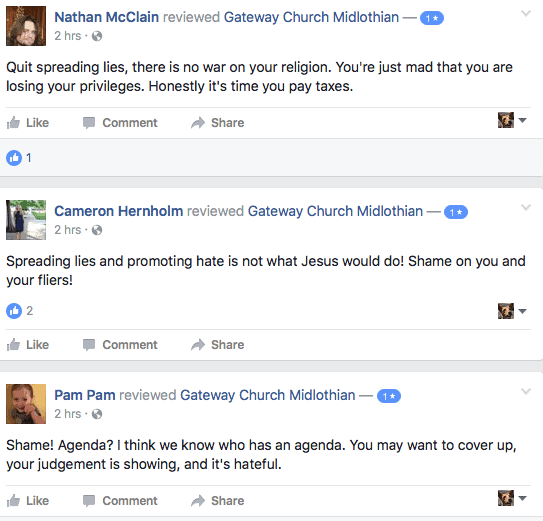 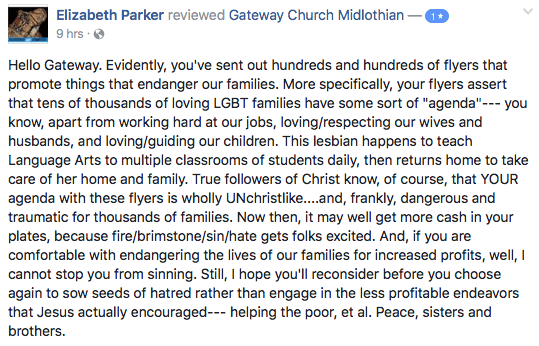 Previous Post: « Hillary and Bill Clinton to Attend Trump’s Inauguration: REPORT
Next Post: NAACP Sits In at Sen. Jeff Sessions Office Until He Withdraws from AG Consideration or They Are Arrested »