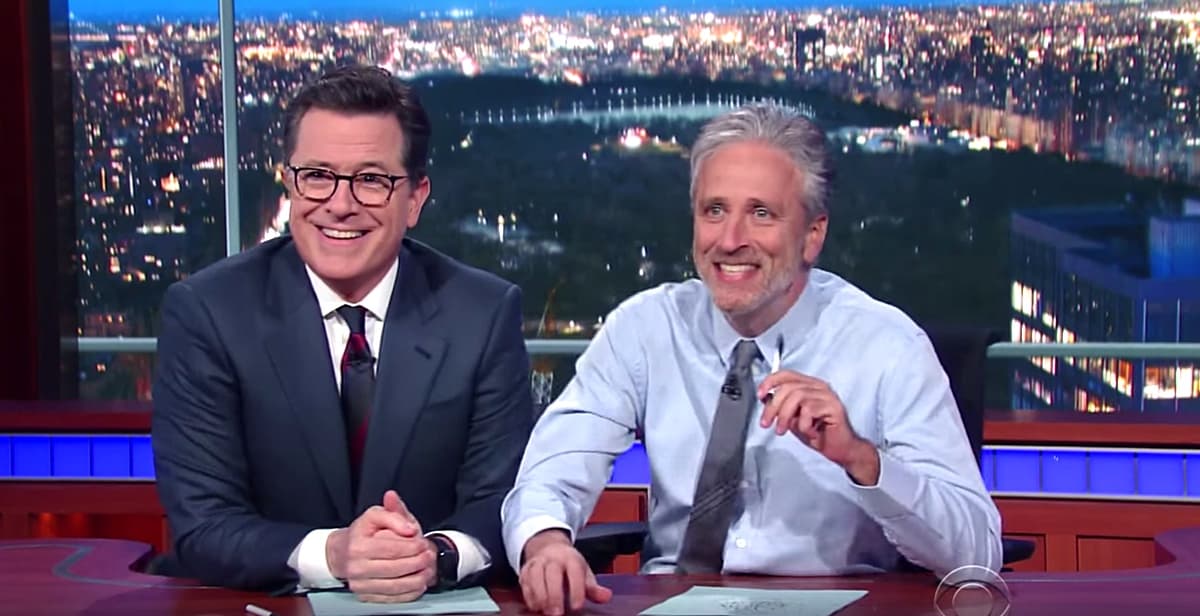 Jon Stewart popped up (literally) on The Late Show with Stephen Colbert to rip Donald Trump for his lies.

Stewart then had some relationship advice for the media:

“Hey guys, hey media, so I heard Donald Trump broke up with you. Stings a little doesn’t it? Finally thought you’d met your match – a blabbermouth who’s as thin-skinned and narcissistic as you are. Well now it’s over. Well good riddance I say. Kick. Him. To. The. Curb. It is time to get your groove back media. Cause let’s face facts. You kind of let yourself go a little bit for these past few years.”

Interjected Colbert: “Jon, you are aware we’re on CBS right?”

Previous Post: « Trump Gives Himself an A+ for Effort, Can’t Name a Time When He Deserved Criticism: WATCH
Next Post: UK Tells Gay Asylum Seekers From Afghanistan To Pretend To Be Straight If They Are Deported »