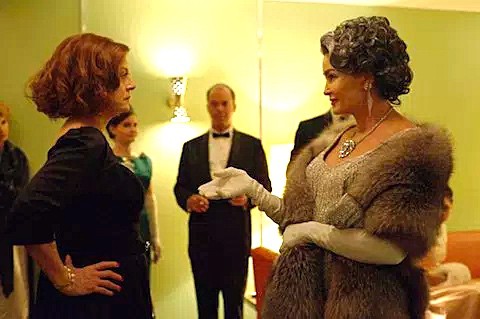 If you’re as man-crazy as we are, you’ll want to relive the hunks of decades past with People Icons Tuesday at 10 p.m. Eastern on ABC. The season finale focuses on the hotties that have snatched the title of Sexiest Man Alive on the magazine’s cover.

Hello, hello, hello! Valerie Cherish herself Lisa Kudrow makes a guest spot on the next episode of RuPaul’s Drag Race. This Friday at 8 p.m. Eastern we’ll (hopefully) get to learn the identity of the mystery queen and more bewigged bedlam from the competition. Miss the first episode? Catch up with our recap.

We’re going to assume you already saw Absolutely Fabulous: The Movie in theaters (at least once), but if you’re looking to rewatch at home with a cocktail in hand, catch the HBO premiere Saturday at 8 p.m. Eastern.

Fans of Feud: Bette and Joan should be strap in for a real doozy Sunday at 9 p.m. Eastern on FX. The series will tackle one of the most memorable moments in their epic rivalry, and you will not want to miss it. Want to relive the season so far? Catch up with our recaps.