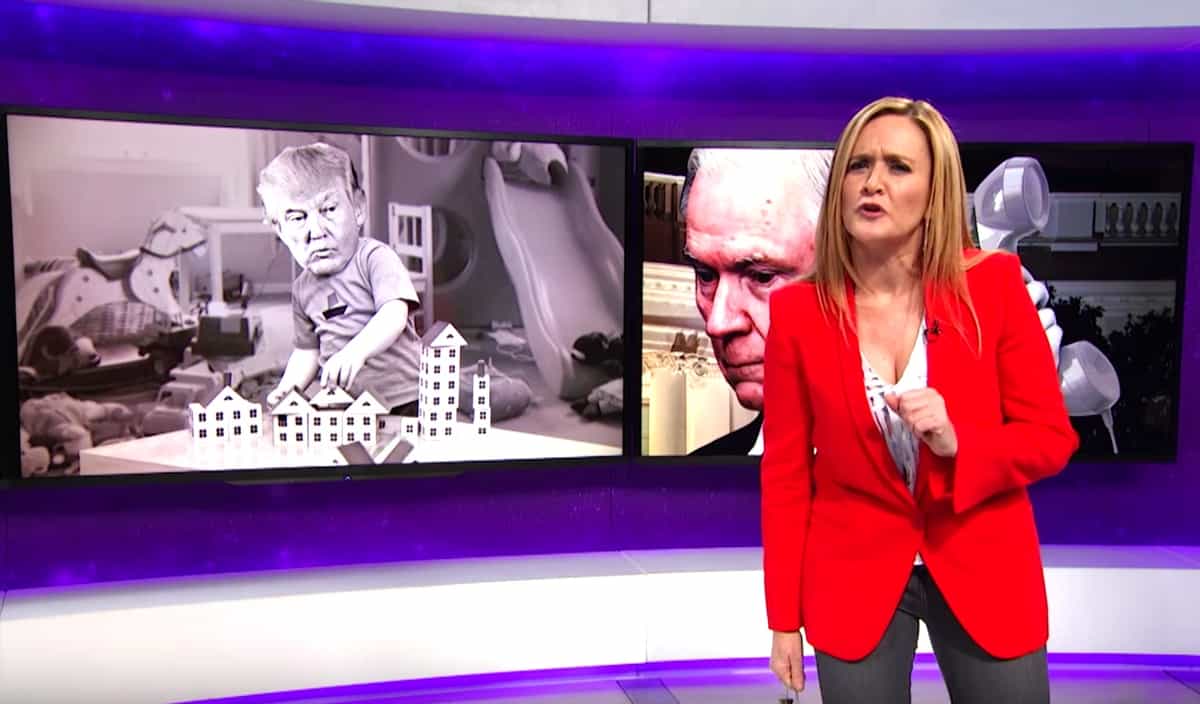 Samantha Bee returned last night for a look at the latest insane week in the Trump administration, specifically the whiplash that occurred between his “presidential” speech last Tuesday night, his rage over Jeff Sessions’ recusal, and his paranoid hysterical wiretapping allegations a few days later.

First, Bee mocked the media’s fawning reaction to the Trump address to Congress.

“Hooray! For this astonishing feat, the pundits rained golden compliments down on him in the warmest shower he’s ever had outside of Moscow.”

“What the f— is wrong with you? Question mark, exclamation point, rage emoji! … Look, I know it’s extraordinary that he learned to read something, finally. I didn’t think he could do it either! But you don’t have to gush like he’s a toddler who just made a boom-boom on big-boy potty.”

On the wiretapping allegations, Bee had this to say:

“That’s new. A white guy shoots himself in the dick, tries to pin it on a black guy. When has that ever happened? To be fair, there’s a good chance Trump fell asleep watching news, rolled over on the remote, and woke up during The Wire. Mr. President, that’s not Barack Obama.”

Previous Post: « A Glorious Rare Aquatic Creature Has Been Caught on Video for the First Time: WATCH
Next Post: Naked Sean Cody Star Attacks Police Officer Outside A Cracker Barrel »