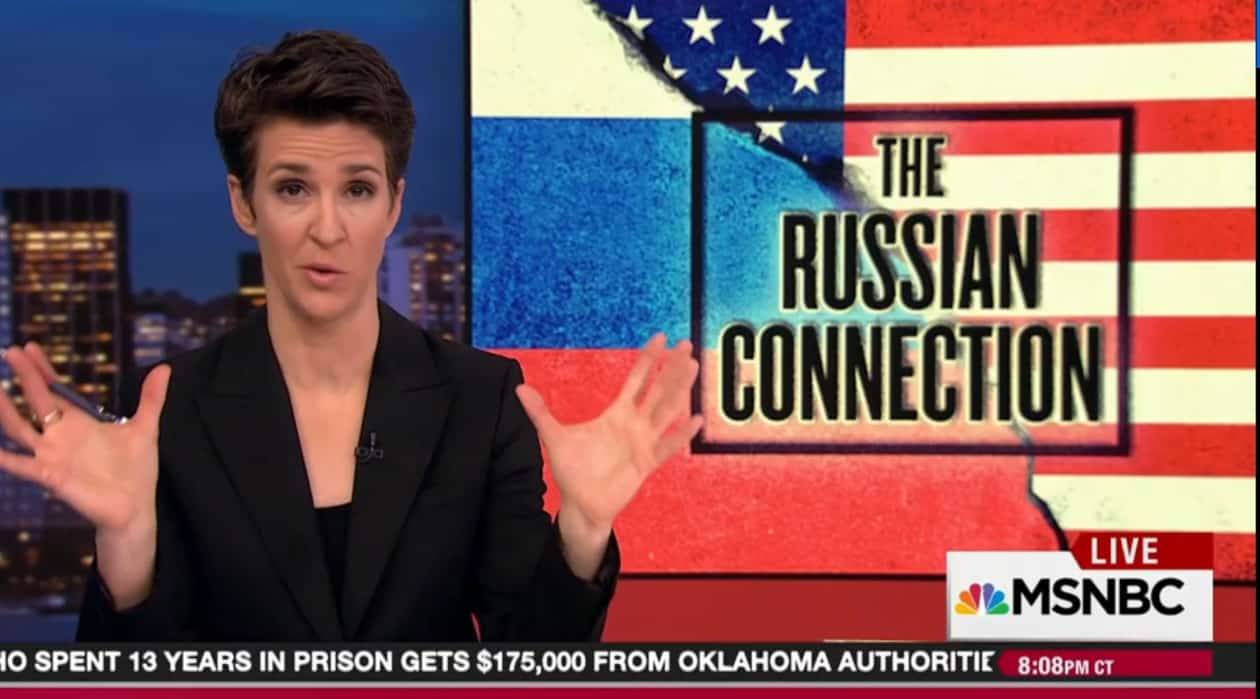 As you know, Rachel Maddow has been on fire lately. Last night’s show was no different.

Maddow pulled together many of the different segments she has done in the past few weeks to point out that Russia’s operation is still likely underway, evidenced by Brexit leader and Trump buddy Nigel Farage’s meeting with Julian Assange in London yesterday.

Raw Story reports on the more riveting connections between Trump and Wikileaks pointed out by Maddow:

She noted that just one week after the GOP convention when the party softened their platform on Russia, the first WikiLeaks data dump occurred. At the end of August, Roger Stone tweeted that it would soon be Podesta’s turn. Sure enough, WikiLeaks next dumped Podesta’s hacked emails just hours after the Access Hollywood tape surfaced of Trump saying he could grab women by their genitals. Today it was announced that the FBI has records of Stone communicating with the Russians that were behind the DNC hacks.

More and more Podesta emails dropped and Maddow noted that Russian state television even tweeted that another WikiLeaks release was happening even before it happened.

She also noted that Nigel Farage was having dinner with Trump in his hotel in Washington, D.C. two weeks ago, but yesterday, he was at the WikiLeaks headquarters in London right before they gave their big press conference announcing their latest hit against the CIA. Maddow noted that those in the State Department, the FBI and the CIA are not fairing well in Trump’s new administration.