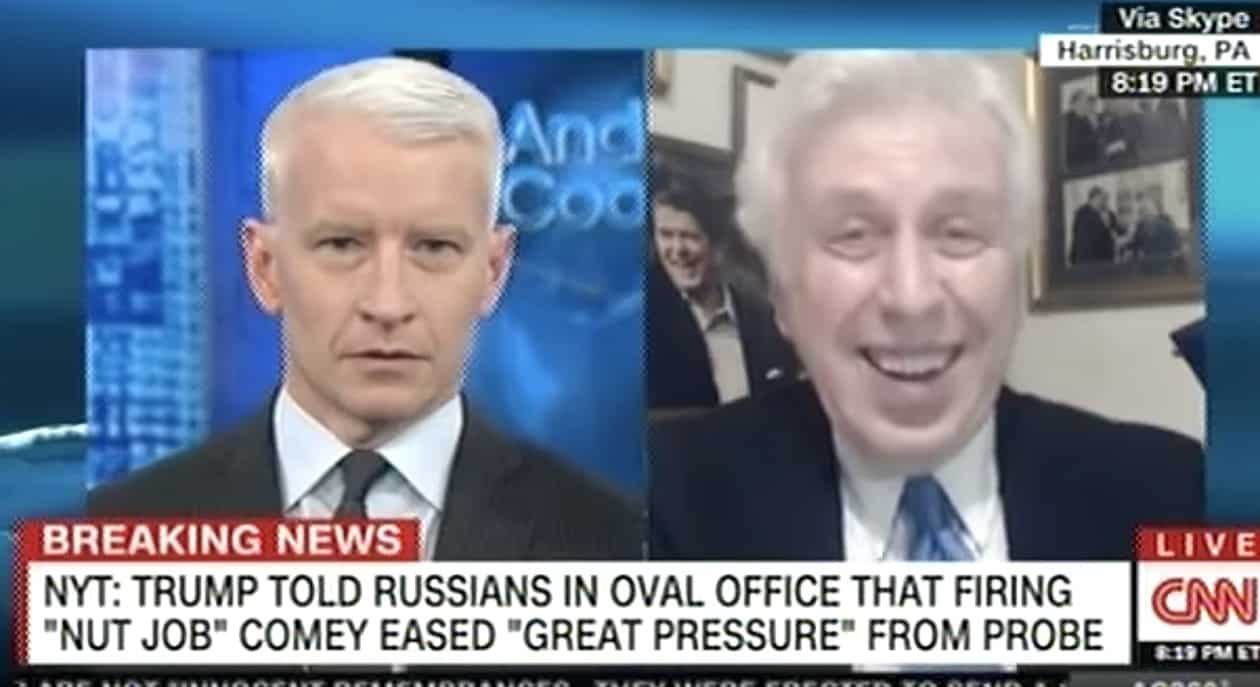 As Lord blathers on, Anderson does an imaginary eye roll and delivers this zinger:

“If [Trump] took a dump on his desk, you would defend him.”

And Lord laughs because he knows it’s true.