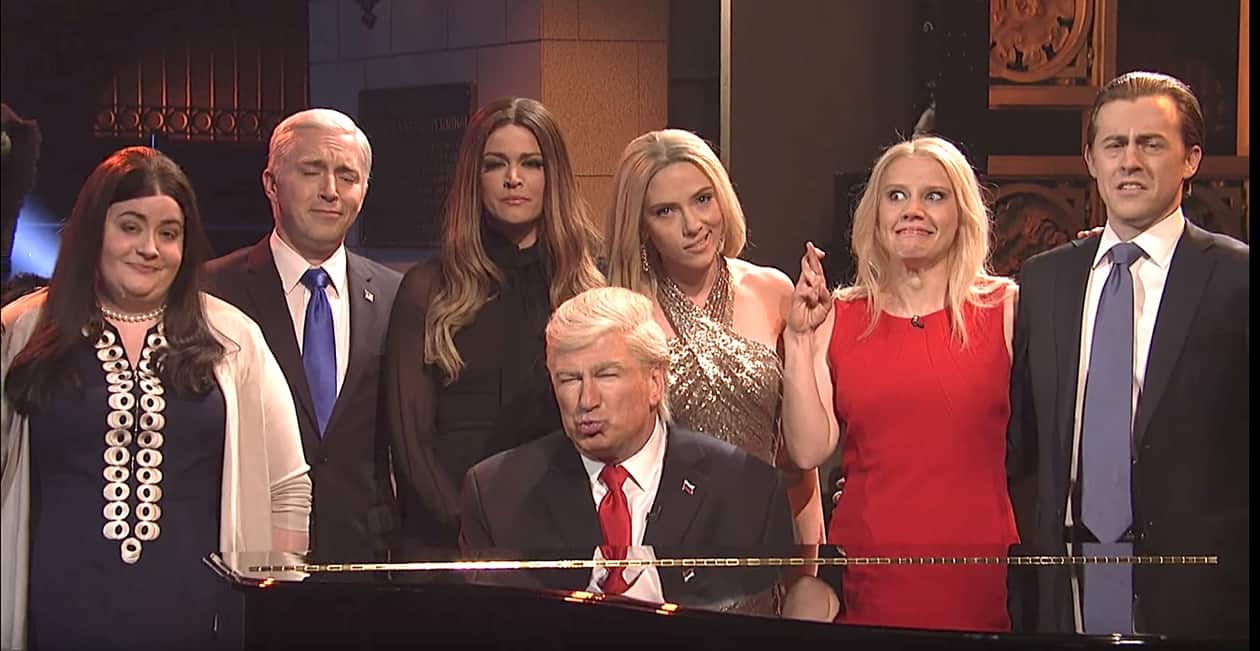 Last night there was an entirely different crew at the piano, Alec Baldwin’s Trump and the SNL cast who have played his administration over the past year, including Scarlett Johansson as Ivanka, capping one of the best and most needed seasons in recent memory.