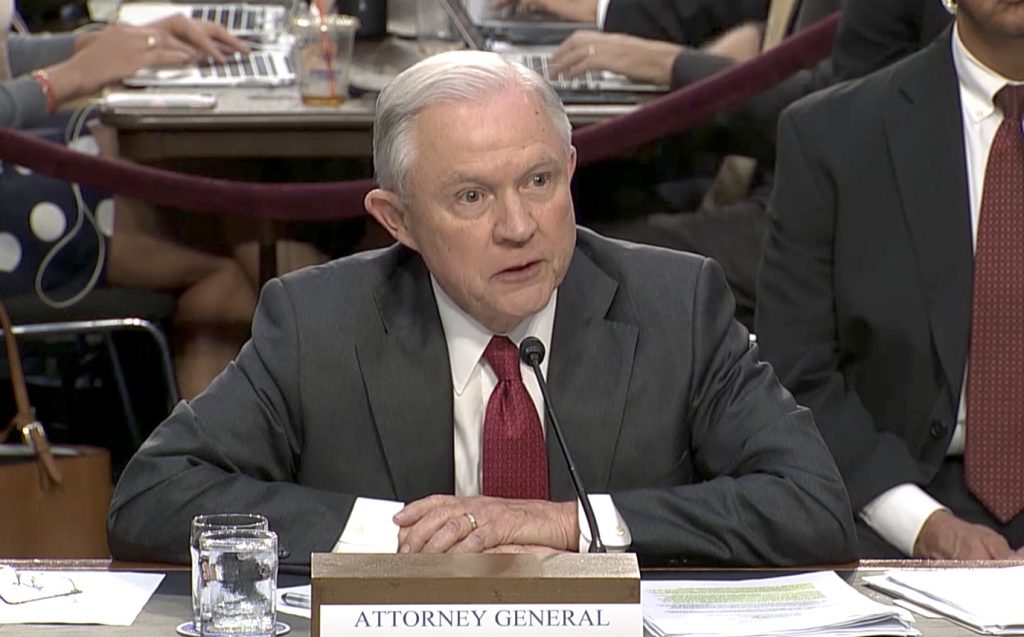 Richard Burt, an American lobbyist for Russian interests, confirmed to The Guardian that he attended two dinners with Jeff Sessions at the height of the 2016 campaign, a disclosure that appears to contradict Sessions’ sworn testimony:

Sessions testified under oath on Tuesday that he did not believe he had any contacts with lobbyists working for Russian interests over the course of Trump’s campaign. But Richard Burt, a former ambassador to Germany during the Reagan administration, who has represented Russian interests in Washington, told the Guardian that he could confirm previous media reports that stated he had contacts with Sessions at the time.

And the meetings were not about nothing:

Burt, who previously served on the advisory board of Alfa Capital Partners, a private equity fund where Russia’s Alfa Bank was an investor and last year was lobbying on behalf of a pipeline company that is now controlled by Gazprom, Russia’s state-controlled energy conglomerate, first told Politico in October that he had been invited to two dinners that were hosted by Sessions last summer, at the height of the presidential campaign.