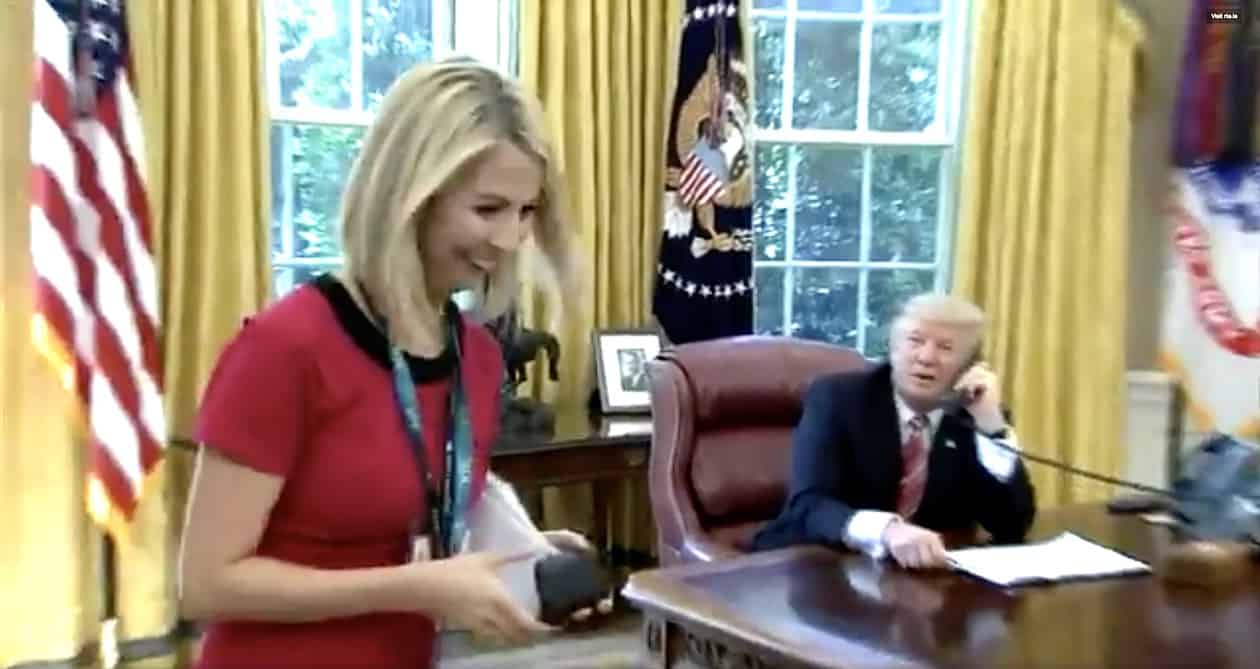 The reporter, Caitriona Perry of RTÉ described it as a “bizarre moment.”

“We have a lot of your Irish press watching us right now. We have all of this Irish beautiful Irish press here. Where are you from? Come here, come here. She has a nice smile on her face…so I bet she treats you well.”

Video of the bizarre moment when President @realDonaldTrump called me over during his call with Taoiseach @campaignforLeo Varadkar. @rtenews pic.twitter.com/TMl2SFQaji

Previous Post: « Broadway’s ‘1984’ Won’t Make You Vomit — At Least Not for the Reason You Think: REVIEW
Next Post: China is the World’s Worst Place to Be Gay According to New Ranking »