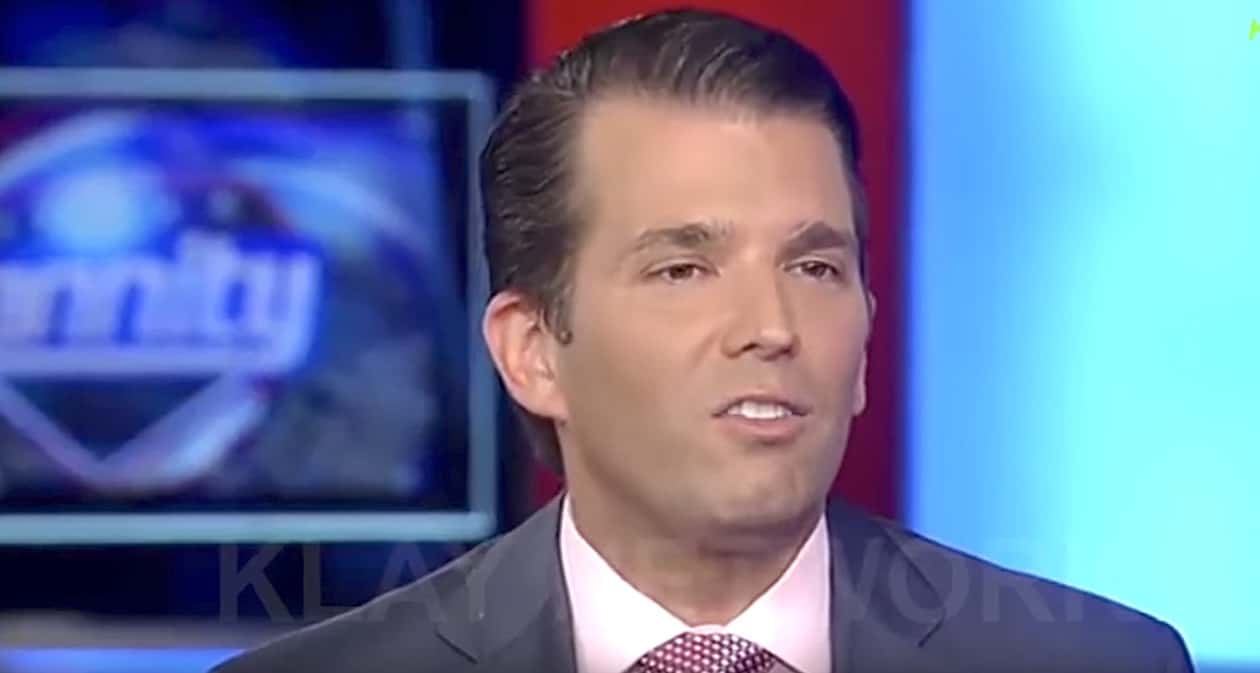 Donald Trump Jr., under scrutiny for meeting with a Russian lawyer after he was offered dirt on Hillary Clinton, did not sign up for this and is miserable, according to a report in People magazine.

Most weekends, he escapes Trump Tower Manhattan to a rustic cabin upstate with his wife, Vanessa, and their five children. He’s a regular at the Riverside Café in Roscoe, New York, where the manager says Trump Jr. is “good people,” doesn’t seek attention, and “never has his hair slicked back like he does on TV.”

Adds a source in their circle: “Don can’t do any deals, because he’ll be overly scrutinized. He just goes to work every day and is miserable.”

…Adds the source in the brothers’ circle, “You can’t bite the hand that feeds you, but he [Don Jr.] can’t wait for these four years to be over.”