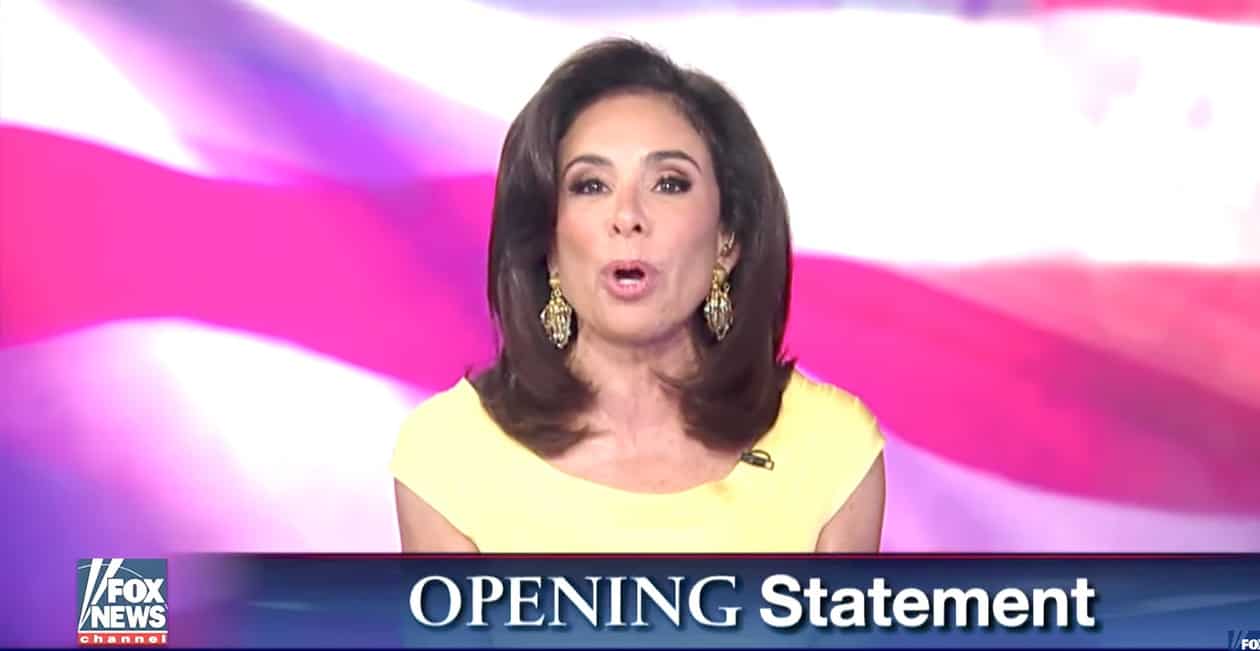 FOX News host Jeanine Pirro on Sunday night blasted “hysterical” critics of the Trump administration and claimed there’s nothing wrong with receiving “oppo research” from an adversarial foreign state in order to gain leverage in a U.S. election.

And if the so-called hysteria doesn’t stop “the Democrats and the Democrats alone will be responsible for the demise of a workable and effective government for the people.”

“As someone who’s run for office five times, if the devil called me and said he wanted to set up a meeting to give me opposition research on my opponent I’d be on the first trolley to hell to get it. And any politician who tells you otherwise is a bald-faced liar.”

Previous Post: « Caitlyn Jenner Considering a Bid for US Senate in California
Next Post: Conor McGregor on Floyd Mayweather’s Anti-Gay Slur: ‘People Are So Touchy on Words’ – WATCH »