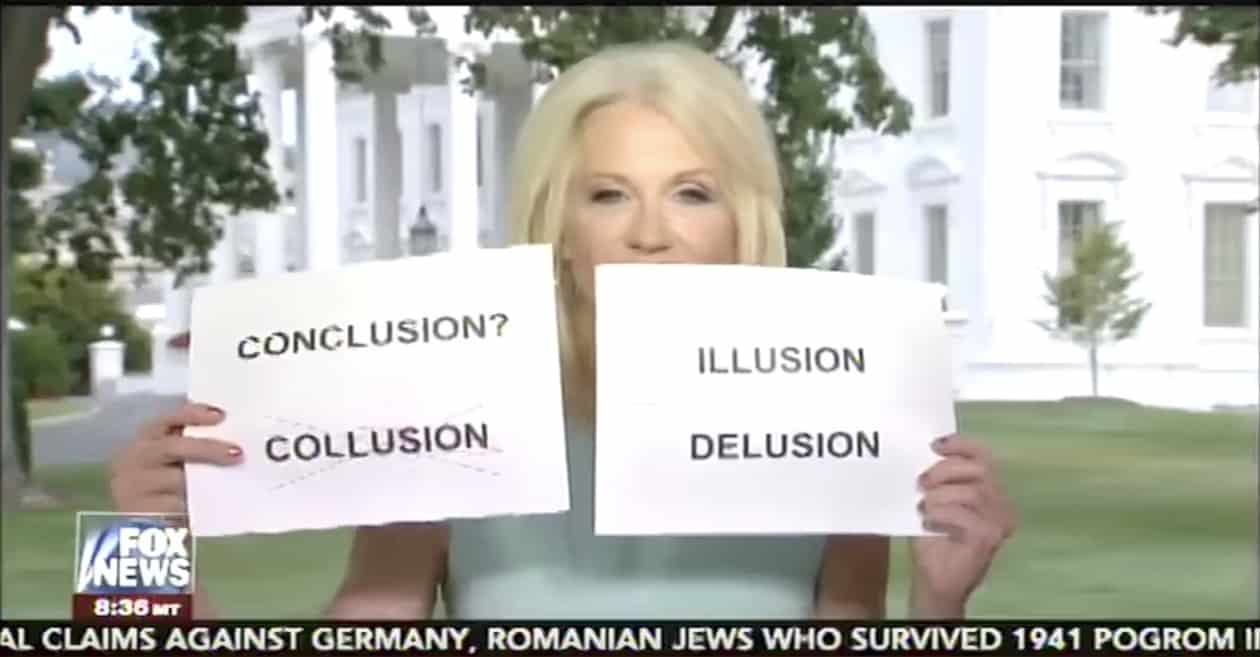 Because his audience needs them to understand concepts, Kellyanne Conway brought some flashcards to her interview with Sean Hannity (these are probably the same flashcards used to convey things to Trump).

Of course, the internet went wild:

I'm sorry, my dear, but you are up for elimination. https://t.co/ujBqHQfqyN

Someone made these flash cards for @KellyannePolls pic.twitter.com/PFL4SFL67U

Oh Kellyanne Conway… what a rookie move.
You left Alternative Paper up there!
It's OK, we'll learn ya.#ThursdayThoughts pic.twitter.com/48LadFhPiH

I think Kellyanne Conway is trying to tell us something. pic.twitter.com/u4ydrOdFcz